Low vitamin D among the elderly is associated with significant decline in cognition, dementia 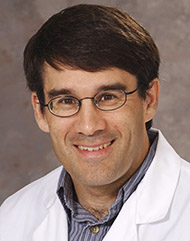 Vitamin D insufficiency among the elderly is highly correlated with accelerated cognitive decline and impaired performance, particularly in domains such as memory loss that are associated with Alzheimer’s disease and dementia, researchers with the UC Davis Alzheimer’s Disease Center and Rutgers University have found. The effect is “substantial,” with individuals with low vitamin D declining at a rate three times faster than those with adequate vitamin D levels.

The researchers said their findings amplify the importance of identifying vitamin D insufficiency among the elderly, particularly high-risk groups such as African-Americans and Hispanics, who are less able to absorb the nutrient from its most plentiful source: sunshine. Among those groups and other darker-skinned individuals, low vitamin D should be considered a risk factor for dementia, they said.

The research is published online today in JAMA Neurology, a JAMA Network journal.

“Independent of race or ethnicity, baseline cognitive abilities and a host of other risk factors, vitamin D insufficiency was associated with significantly faster declines in both episodic memory and executive function performance,” said Joshua Miller, professor in the UC Davis Department of Pathology and Laboratory Medicine at the time when the research was conducted and now professor and chair of the Department of Nutritional Sciences at Rutgers University.

“This work, and that of others, suggests that there is enough evidence to recommend that people in their 60s and older discuss taking a daily vitamin D supplement with their physicians,” Miller said.

“Even if doing so proves to not be effective, there’s still a very low health risk to doing it,” he said.

The large, longitudinal study was conducted in nearly 400 racially and ethnically diverse men and women in Northern California participating in longitudinal research at the Alzheimer’s Disease Center in Sacramento, Calif. Fifty percent of participants were Caucasian and 50 percent were African-American or Hispanic. The participants had a mean age of 76 and were either cognitively normal, or had mild cognitive impairment or dementia.

The participants’ serum vitamin D status was measured at the beginning of the study. Vitamin D deficiency and insufficiency were prevalent among all of the study participants. Overall, 26 percent were deficient and 35 percent were insufficient. Among Caucasians, 54 percent had low vitamin D, compared with 70 percent of African-Americans and Hispanics.

“We expected to see declines in individuals with low vitamin D status,” said Charles DeCarli, director of the Alzheimer’s Disease Center. “What was unexpected was how profoundly and rapidly [low vitamin D] impacts cognition.”

Exposing the skin to sunlight is the major source of vitamin D. Racial and some ethnic minorities are at greater risk of low vitamin D because the higher concentration of melanin that makes their skin darker — and protects against skin cancer in sunny climates — also inhibits synthesis of vitamin D.

“I don’t know if replacement therapy would affect these cognitive trajectories. That needs to be researched and we are planning on doing that,” DeCarli said.

The study was funded by a grant from the National Institutes of Health P30 AG010129 to DeCarli.