They came, they saw, they ate. The 2019 Farm-to-Fork Festival was a success for UC Davis Health's Food and Nutrition Services, which played a major role in the weekend of events.

To kick things off, staff created a delicious appetizer for Legends of Wine at the state Capitol on the Thursday before Farm-to-Fork's street festival. UC Davis Health Executive Chef Santana Diaz and team were on hand cooking, plating and serving two locally grown bites:

Great turnout yesterday at the Legends Of Wine event at the state capitol! I will be performing a live food demo at the Farm to Fork festival next Saturday. Estimated 85,000 attendees throughout the day. 🤯 The day after on Sunday, our team will be serving a special appetizer and represent UCD Health at the Tower Bridge Dinner. #ucdavishealth #goodfoodisgoodmedicine

Next was the weekend-long farmers market spanning several blocks on Sacramento's Capitol Mall. Showcasing all the healthy and local partnerships UC Davis Health has made in the community, the health system's booth gave out oranges to anyone and everyone ... even the tiniest of health fanatics.

Showcasing how UC Davis Health is breaking the mold of traditional hospital food, Executive Sous Chef Jet Aguirre put on a demonstration on the UC Davis Health Stage during the street festival. The demo featured a 100% plant-based, gluten-free entree made entirely of locally sourced and seasonal produce.

Another one for the books! First live demo at the @sacfarm2fork festival today! Thankful for the opportunity and support we had for this event. We even had chefs from UC Davis campus come and assist plating the samples as well. Demo served is a 100% plant based entree, contains no gluten, and used locally sourced and seasonal produce. It was a collaborative event and happy with how it all played out. Up next tomorrow, serve our UC Davis Health appetizers at the Tower Bridge Dinner! Garnet Yam Cake / Seared Butternut Squash Patty / Beet Purée / Local Mushrooms / Tri Color Cauliflower / Fig Gastrique #ucdavishealth #goodfoodisgoodmedicine

"First live demo at @sacfarm2fork festival today! We even had chefs from UC Davis campus come and assist plating the samples as well," Chef Jet wrote on his Instagram. "(There's) way more to come, barely scratching the surface! Dietitian/Culinary collaboration along with leadership support helps to keep us going as we try to heal one plate at a time."

And then it was time for the big show: The Tower Bridge Dinner. Hundreds of people attended the sought-after event of which tickets sold out in just minutes. Dozens of tables and chairs are lined the Tower Bridge for a spectacular dinner featuring all the Sacramento region has to offer.

For UC Davis Health, it was the second year in which the food services team created and prepared the appetizer for the night. The tasting included an apple chip from Larsen Apple Barn at Apple Hill, figs from Windmill Farm in the Butte County town of Gridley, micro beets, candied oranges and fennel pollen.

Behind the scenes, Chef Santana along with three other prominent Sacramento-area chefs were in responsible for coordinating the logistics of managing a large kitchen and serving dinner to hundreds of people. UC Davis Chancellor Gary May and his wife, along with UC Davis Health Vice Chancellor David Lubarsky were both in attendance to taste the locally sourced appetizer -- created completely by staff who are working to elevate hospital food to bring good health to everyone.

As Farm to Fork month comes to an end, it’s finished off with a Tower Bridge Dinner. Very busy weekend for both days with the food demo on Saturday and bridge dinner Sunday. Just glad we’ve had the support from our team and collaboration with UC Davis campus. It was also great to be a part of the dinner being led by chefs who were all women, as the restaurant industry tends to be male dominant. Kudos! 👩🏻‍🍳 Till next year...cheers! 🥃 🤙🏻 #ucdavishealth #goodfoodisgoodmedicine

Along with Chancellor May's attendance at the Tower Bridge Dinner, it's important to note that UC Davis' Executive Chef Cesar Cienfuegos and other UC Davis staff came together for this big event. Chef Cesar knows how importand it is to work together toward better and healthier food. Davis campus food staff assisted both with the demo by Chef Jet on Saturday and the Tower Bridge Dinner on Sunday night (full team pictured at the top of this blog). This collaboration shows how this is truly an important initiative not just in Sacramento but across the region.

Bridge dinner tonight was an amazing event! What an incredible event! It was truly high level, well planned and executed menu! Super grateful to have been a part of this one. great shots taken by @ad_astra21 . #cheflife #farmtofork #farmfresh #goodfood #sacramento 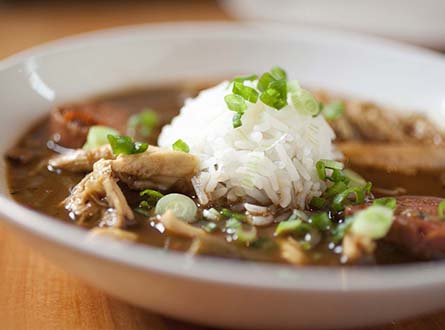 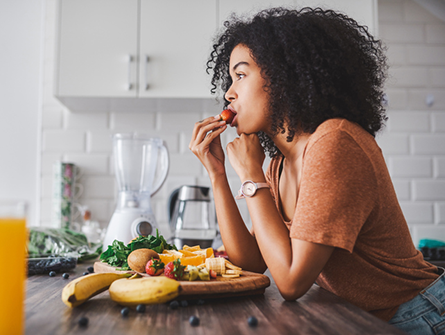