Cody Benning: When a cold is more than it seems to be 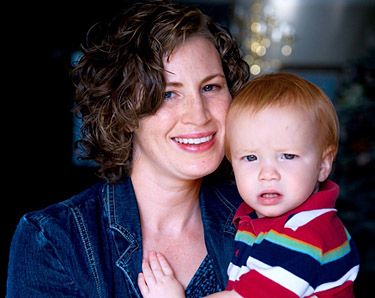 Jennifer Benning took her son, Cody, to the doctor for what she thought was a cold. It turned out that he had a congenital heart defect that required surgery to correct.

Every parent experiences a moment when they worry that their seemingly healthy child’s cough or sneeze could be the symptom of a serious illness. That frightening scenario came to pass for Jennifer Benning, then a stay-at-home mom living in Fairfield, Calif.

Today Benning’s energetic, talkative and perpetually cheerful 20-month-old son Cody is a happy, healthy toddler. But in July 2009, Benning took Cody to see a pediatrician because of a cold and ended up heading for the emergency department to fight for her baby’s life.

“It was really scary,” Benning said. “I had taken Cody to the doctor for what I thought was just a cold and some minor breathing problems. They checked his heart and other organs, found that his liver was enlarged and told me he had a cardiovascular condition.”

She recalled that the team tried to appear calm and instructed her to proceed immediately to a nearby hospital. It wasn’t long before emergency department physicians at that community hospital referred the family to UC Davis Children’s Hospital, 60 miles away in Sacramento, and arranged for ambulance transport.

Jennifer’s father, Rick Mears of San Francisco, contacted her Mormon bishop to visit mother and son to provide a blessing on the spot. With that, Cody was bundled up and, with an anxious mother at his side, was transferred to UC Davis. Rick and other family members followed in separate vehicles.

“I consider this a high-risk procedure, given his poor condition, but he tolerated it well and his recovery was excellent.”
— Ming-Sing Si

Only then would the family learn the extent of Cody’s illness. During a 10-day hospitalization, the first of two, Cody was diagnosed with a rare heart malformation in which all four pulmonary veins do not connect normally to the left atrium, but instead drain into the right atrium. The condition is called “total anomalous pulmonary venous return.” The illness had led to the deterioration of his vital organs and would require a highly complex surgery.

“His cardiologist, Mark Parrish, spelled out the risks, including the possibility that Cody could die in surgery,” Jennifer said. “That’s when I started crying.”

Ming-Sing Si, Cody’s surgeon, met with Benning two days later, and drew a picture of a healthy heart and then a picture of what Cody’s heart looked like. He then reiterated the risks of the surgery. Benning was in disbelief and shock that all of this was happening to her baby.

“Cody came to us in fairly dire condition,” said Si, a professor of pediatric cardiothoracic surgery at UC Davis. “This heart defect is not compatible with life. He came to us in congestive heart failure.”

Si said that correcting the condition required open-heart surgery: placing Cody on a heart-lung machine, stopping the infant’s heart and connecting the anomalous veins to the left atrium.

“I consider this a high-risk procedure, given his poor condition, but he tolerated it well and his recovery was excellent,” Si said. 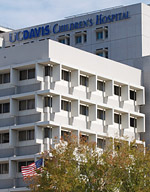 Congenital heart disease is the most common type of birth defect. About eight of every 1,000 newborns are affected and half of these patients require intervention.

The UC Davis Children’s Hospital Pediatric Heart Program is comprised of an integrated team of specialists, including pediatric cardiac surgeons, pediatric cardiologists, pediatric intensivists, nurses and other health care professionals who provide a comprehensive range of diagnostic, therapeutic and surgical procedures for neonates, infants, children, adolescents and adults with congenital as well as acquired heart defects.

Faith helped Cody’s family through the crisis. “We had a lot of prayers from everywhere,” Jennifer said, “from family in Pennsylvania and from all our friends here. I even talked to complete strangers who said, ‘What’s your son’s name? I’ll pray for him.’”

“Cody’s coloring was far better after the surgery than before he went in,” said Jennifer. “The doctors said that the operation came out perfectly and that they couldn’t have planned it better.”

In the future, Cody will have to avoid sports that could lead to being injured in the chest and see a cardiologist once a year.

That day in July 2009 is now just a frightening memory. Jennifer and her father give the highest of praise to the children’s hospital for bringing Cody and the entire family through the crisis.

“Cody has eight uncles, three aunts and four grandparents who all have nothing but praise for the passion, dedication, kindness, patience, courtesy, competence and love of every working individual we encountered at UC Davis,” said Mears, who is vice president of guest services for the San Francisco Giants Baseball Club.

“And that includes the students, retiree volunteers in the playroom, maintenance workers and cafeteria staff.”

“Cody is very happy, makes everyone else happy, and is always sure to say ‘hi’ to everybody,” his mother said. “At the time of the surgery, the children’s hospital staff was very reassuring, telling me that all would be OK, and I’m so thankful that they were right!”