“We are delighted that this year’s Cultivating Team Science grant announcement generated several competitive and creative research proposals across departments and centers throughout the School of Medicine,” said Kim E. Barrett, School of Medicine vice dean for research. “It’s a testament to the vibrant interdisciplinary research and spirit of collaboration across our campus.”

The Cultivating Team Science awards will provide $100,000 annually per team, totaling $200,000 in two-year seed funds for planning, preparation and submission of large team-based applications. The awarded teams will be required to submit an initial application for a program project, U01 or equivalent grant to the National Institutes of Health (NIH) or other federal funding agency by June 2023.

The award application and selection process was led by this year’s Cultivating Team Science award review committee co-chairs, Satya Dandekar, chair of the Department of Medical Microbiology and Immunology, and Lydia Howell, chair of the Department of Pathology and Laboratory Medicine, and coordinated by the School of Medicine’s Office of Research.

Nineteen faculty members reviewed this year’s proposals. The proposals were reviewed for significance and impact, team composition and synergy, and potential for federal funding following the NIH scoring method. 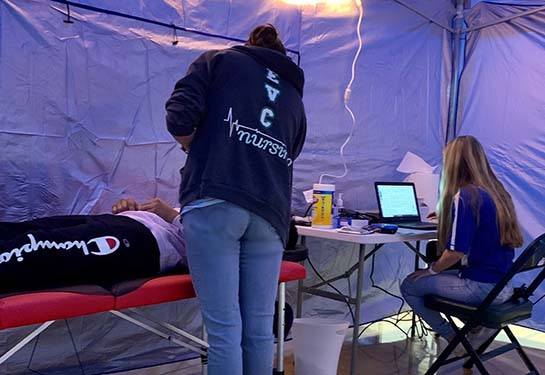