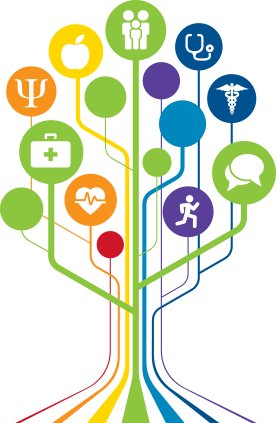 Do We Ever Finish Coming Out?

Long after I came out to myself, to my family members, to my friends and to my work colleagues, I felt it was important to come out to my primary care physician. I had so many positive experiences in the coming out process that I felt that this was sure to go well. Since my primary care physician stapled copies of journal articles I had written into my medical chart, I felt seen as a person and respected as a professional.

Those feelings failed to survive our interaction. When I told him I was gay, his said “Oh… I have never had a gay patient before…”

Since he had been practicing primary care for a full fifteen years after residency, that statement was quite surprising and stood as a warning flag, even though he quickly amended it.

“No, I think I may have had a patient once who was a lesbian.”

I asked if he was comfortable seeing me – mindful that I was not sure I wanted to be his patient. In reality, I no longer trusted him to be my physician.

Neither his body language nor his answers to my questions reassured me that he could ever see beyond his vision of a gay man and treat me as a whole person.

Finally, he suggested I might want to see one of his colleagues instead.

At a time when there were few resources on care for LGBTQ+ patients, I wanted to do my part to make a difference. But as a patient, the idea of educating someone who did not seem to want to learn how to manage my care left me feeling empty and alone.

The idea of educating someone who did not seem to want to learn left me feeling empty and alone.

I did, though, take several things away from this first experience of coming out in healthcare.

My trust in him as a physician shifted, faded and disappeared.

He was still a nice person and a qualified physician – for most of his patients. The words he used sapped my motivation to continue our relationship. While I could recognize that I had the right to leave to get better quality care, I also began to realize that he was a very dangerous physician for some patients, especially LGBTQ+ youth. Questioning youth coming to him for advice would likely leave sorry that they had shared the question that they were struggling with in their lives. Hopefully, questioning patients could recognize that they were not going to gain help from this provider, who believed that people choose their sexual orientation rather than accept it.

LGBTQ+ people have had difficulty receiving quality care because providers had little training.

Reaching that conclusion led me to recognize how important it was that I use my position as an educator, researcher, administrator and human being to help advance medical education around sexual orientation and gender identity. LGBTQ+ people have had difficulty receiving quality health care because providers had little training in that care in their own education.

Do we ever finish coming out? Not really.

Coming out is always a bigger deal before it is done and while it is being done than after it is done… but is it ever done?

We can educate one another, making each other better people and more effective caregivers in LGBTQ+ care.

For several appointments after I switched to my new doctor I crossed paths with my original doctor, triggering the memory of the rejection I experienced coming out to my physician.

Each later encounter spoiled the office environment where I was felt less than safe, even as someone protected by the privilege of being a clinician in primary care.

We can educate one another, making each other better people and more effective caregivers in LGBTQ+ care. We all have that power merely by being ourselves openly and comfortably. Your primary care physician can provide her or his very best care if they know and fully accept you. 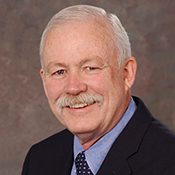