“There’s nothing like caring for really sick children to make you think, ‘Is there a better way of doing things?’”

In the two decades since Nathan Kuppermann helped found the Pediatric Emergency Care Applied Research Network, its major studies have helped care teams across the world to make treatment decisions with more evidence-based confidence – and less side effects on children.

As a pediatric emergency medicine physician in the 1990s, Nate Kuppermann, M.D., M.P.H., could only dream of uniting hospitals across the country to improve the health of children in life-and-death situations.

That type of network didn’t then exist in the U.S. What did exist was essentially a volunteer group of pediatric emergency physicians, organized in the American Academy of Pediatrics. Kuppermann’s collaborators, which included his wife and fellow UC Davis Health physician Nicole Glaser, M.D., were performing simple chart-review studies on shoestring budgets.

It took years for Kuppermann’s dream to become reality, but today the clinician and researcher remains a leader in the nation’s first and only federally funded pediatric emergency medicine research collaborative, the Pediatric Emergency Care Applied Research Network. Known as PECARN, it’s funded by the Health Resources and Services Administration’s Emergency Medical Services for Children program.

The group of 18 pediatric emergency departments in academic, urban and children’s hospitals serves more than 1 million acutely ill and injured children every year. Kuppermann was one of its founding principal investigators in 2001, and its chair for its first eight years. He continues as a principal investigator to this day, and was recently refunded for four more years in PECARN for $2.8 million.

It’s a remarkable accomplishment – yet those who know Kuppermann are not surprised. Whether in the ED with patients or editing a study, he’s always bubbling with energy and enthusiasm. It’s a sparkling liveliness, not unlike the fizz in the mineral water he keeps in a refrigerator under his desk.

More about Kuppermann and Glaser

Learn more about their accomplishments in the emergency medicine profession.

That effervescence helps explain how he maintains the energetic pace of an emergency physician, department chair and research leader. Kuppermann is always in motion – and students, colleagues, and patients nationwide are the better for it.

“Nate has always been a great partner in research. He does this humbly and collaboratively, and is largely responsible for the success of PECARN,” said longtime network colleague James Chamberlain, from Children’s National Health System in Washington, D.C. “He’s had a larger national and international impact on the field of pediatric emergency medicine than any other single individual.”

As Kuppermann once said: “There’s nothing like caring for really sick children to make you think, ‘Is there a better way of doing things?’” That deep desire to provide the best possible information for improving outcomes was the motivation to create PECARN.

The network’s strength is its vast size and scope. PECARN includes six research groups or “nodes” of three hospitals each, as well as nine EMS agencies and a data-coordinating center in Utah.

“It’s for the numbers, for the statistical power and patient diversity,” Kuppermann says. “You want study results that are applicable across the spectrum to a wide population. You need patient data from a great diversity of centers, including both children’s and non-children’s hospitals.”

PECARN launched its first large study in 2004 and focused it on traumatic brain injury (TBI), the leading cause of death and disability in youngsters older than one year. The goal was to determine the higher- and lower-risk indicators for brain injury. 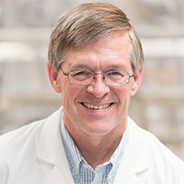 He’s had a larger national and international impact on the field of pediatric emergency medicine than any other single individual.James Chamberlain, from Children’s National Health System

TBI doesn’t occur very often in children with minor head trauma, and PECARN wanted to give ED physicians a reliable way to assess them. They considered that patients with low-risk indicators might not need a computed tomography (CT) scan, whose downsides include cancer-contributing radiation.

The large PECARN network made it feasible to launch the study, which involved more than 42,000 children, and to develop precise results published in the prestigious journal The Lancet in 2009.

What helped kick PECARN into high gear was another big study published in The New England Journal of Medicine in 2007.

The network tackled the question of whether steroid treatment should be used for infants with bronchiolitis, a common lung infection that leads to more hospitalizations in the first two years of life than any other childhood illness.

A small Canadian study had suggested steroid therapy could be beneficial, but Kuppermann and colleagues wondered whether the practice was appropriate in such young children. “What do steroids do to the infant brain?” he said. “Patients with true bronchiolitis are really small and vulnerable. You don’t want to give them steroids if you don’t have to.”

With Kuppermann as senior investigator and author, PECARN enrolled 600 infants with bronchiolitis to test whether steroids actually worked – and with the large sample size, found the drugs had zero benefit.

Other PECARN studies swiftly followed. Chamberlain led a Journal of the American Medical Association study about seizure treatment. Another JAMA study, with Kuppermann as principal investigator, evaluated RNA biosignatures, a novel and sophisticated way to distinguish bacterial infections from viral infections in babies with fevers.

In total, PECARN investigators have published more than 150 studies since the network’s solidifying HSRA grant in 2001, and have been awarded more than $100 million. At any one time, network researchers are pursuing eight to 10 studies.

Research excellence and significant results play key roles in the continuing success of the grant applications, along with rigorous internal review. When the group gives the green light to a proposal, it has about a 70 percent chance of being funded by NIH, compared to 15 percent for a typical proposal. 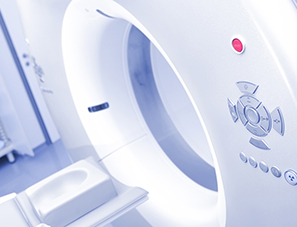 Learn more about their findings.

“By the time something gets through the PECARN review process, it’s in very good shape,” Kuppermann said. “Plus, the network’s research infrastructure is already in place, which makes the studies very efficient and cost effective for the NIH.”

Yet competition is also fierce in academic medicine – so why has PECARN worked so well? “We were a group of investigators who all believed in a bigger cause and in each other,” he said. “A lot of us knew each other pretty well, so we had the foundation of an esprit de corps, a group spirit and trust. We had already helped each other a lot on individually-led studies.”

PECARN has taken Kuppermann to South America and Europe, where he’s mentored others to help them establish their own research networks. He’s also spent time in Nepal caring for the underserved.

Chamberlain points out that Kuppermann has always had a global perspective beyond the world of academic medical research. “Nate worked in a medical clinic in Nepal early in his career, and returned there to provide medical aid in 2013,” Chamberlain said. “He returned again after the 2015 earthquake. And consistent with his mission to train the next generation, he brought his daughter with him to help and to gain an appreciation for global service.”

Ultimately, PECARN is helping care teams around the world to provide better care and outcomes – and likely with less costs along the way.

“Eighteen years ago, we’d have never guessed we could have gone through this ride together, collaborating and growing up together — sharing honestly with each other, enjoying the power of social bonds and experiencing the development of trust,” Kuppermann mused. “Our network has allowed us to discover some amazing results, and to change the world a bit.”