The panel will recommend how California’s different social sectors can help prepare for – and prevent – an expected surge in Alzheimer’s cases.

Chaired by former California First Lady Maria Shriver, the group’s purpose is to create recommendations about how communities, organizations, businesses, governments and families can prevent and prepare for the expected rise of Alzheimer’s cases. 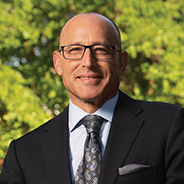 As we work to fight Alzheimer’s disease, it’s important that we pursue both cures and prevention. More research is essential to help those with the disease, but we already know that it’s also important to promote healthy habits throughout life.David Lubarsky, CEO of UC Davis Health

His task force colleague Meyer is a UC Davis assistant professor of neurology who studies cognitive and mental health disparities in minorities and older adults.

UC Davis’ own Alzheimer’s Disease Center is one of 27 nationwide designated by the NIH’s National Institute on Aging. Its location in melting pot California (and additional state funding) allows researchers to study the effects of the disease on a uniquely diverse population.

The center has hosted novel neuroimaging investigations that have significantly advanced understanding about brain changes associated with dementias, with director Charles DeCarli, M.D., receiving the 2010 J. Allyn Taylor International Prize in Medicine for such work. In 2017 he also received one of the nation’s largest NIH Alzheimer’s grants, a $14.7 million award to study the disease and cerebrovascular injury in Hispanics.

The center is now expanding its expertise with the addition of several large grants led by Rachel Whitmer, Ph.D., appointed associate director this year. Whitmer brings a strong public health perspective to the study of dementia and its toll across populations underrepresented in research. 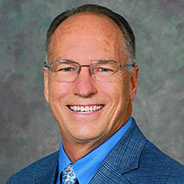 Rachel’s participation is part of a long-term strategy of the center, and she fits in beautifully because she brings us the true epidemiological skills to allow much deeper phenotyping of people with dementia. Charles DeCarli, M.D., director of UC Davis Alzheimer's Disease Center

Whitmer’s portfolio includes projects such as the $8.9 million KHANDLE study concerning ethnic disparities in brain health and dementia; and the $12.1 million Life After 90 study, focused on the role of early-life influences in very late-onset dementia risk.

In July, UC Davis received $6 million to participate in another national study, U.S. POINTER, to determine if lifestyle changes can protect memory and thinking in older adults. Whitmer is a principal investigator.

“This is the first large-scale effort to test whether multiple lifestyle changes can prevent cognitive decline,” she said.