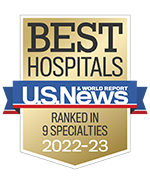 The hospital also earned “high-performing” acknowledgement in the gastroenterology & gastrointestinal surgery and urology specialties. U.S. News ranked the medical center the No. 1 hospital in Sacramento and No. 6 in California. 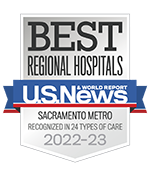 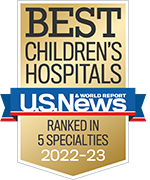 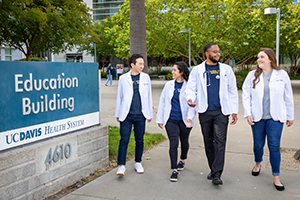 UC Davis School of Medicine has been granted full accreditation for eight years by the Liaison Committee on Medical Education (LCME), the accrediting authority for medical education programs leading to the M.D. degree in the U.S. The LCME team met with more than 150 faculty, staff, students and hospital leaders during the process. “I want to thank everyone involved in our successful re-accreditation,” said Susan Murin, M.D., M.Sc., M.B.A., the school’s interim dean. “Our success is the result of years of meticulous preparations and extraordinary work by the Office of Medical Education and all who served on committees, assisted with preparations and participated in survey visits.” The School of Medicine ranked 3rd in the U.S. for diversity, 7th in family medicine, 8th in primary care, and 51st for research in 2023 U.S. News & World Report ratings.

UC Davis Medical Center’s Comprehensive Epilepsy Program has been accredited as a Level 4 center for adult and pediatric epilepsy, the highest designation awarded, by the National Association of Epilepsy Centers (NAEC). The program is a leader in the surgical management of refractory epilepsy, with a wide array of services that includes a new 11-bed monitoring unit scheduled to open at the end of the year. As a Level 4 center, the program provides more complex forms of intensive neurodiagnostic monitoring, as well as more extensive medical neuropsychological and psychosocial treatment. Level 4 centers also offer complete evaluation for epilepsy surgery and a broad range of surgical procedures, such as minimally invasive laser surgery and devices such as responsive neurostimulation, deep brain stimulation and vagal nerve stimulation.

UC Davis Medical Center has been recognized by the American Heart Association with multiple Get With The Guidelines® awards for its commitment to following researched-based guidelines for treating stroke and heart failure:

UC Davis Health has been recognized by Practice Greenhealth as a national leader in environmental sustainability, and for the first time was named one of the country’s Top 25 hospitals. This is the highest honor awarded by Practice Greenhealth, which has more than 1,400 U.S. hospitals and health systems part of its network. The Top 25 award examines the hospital’s success in a range of sustainability programs, including leadership, greening the OR, sustainable procurement, green building, energy, water, climate and transportation.

‘Best Employer’ according to Forbes

UC Davis Health is 11th and UC Davis 18th on Forbes’ latest ranking of best employers in California. The publication partnered with market research company Statista to compile the fourth annual list of America’s Best Employers By State, compiled by anonymously surveying 70,000 Americans working for businesses with at least 500 employees. The final list ranks the 1,382 employers that received the most recommendations.