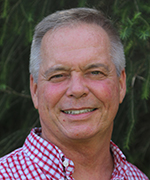 Cross-cultural ambassador and international family medicine physician Jim Creighton has served as an influential leader in improving health in underserved countries around the world.

Go into every new encounter— whether it’s with an individual, patient or a community — with an open mind and a willingness to listen, rather than with ready-made solutions.Jim Creighton, M.D.

Creighton has worked extensively as a regional medical officer for the Peace Corps and has served as the country director for the Centers for Disease Control and Prevention in Lesotho, Africa. He previously directed the CDC Southern Africa Regional Aids Program, an initiative to reduce HIV/AIDS-related mortality and improve capacity to deliver services.

Creighton currently lives in Rwanda, where his film company Akagera Productions educates local populations on health and social issues through programming such as his TV series Mutoni. 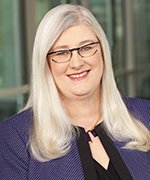 Nationally recognized in gerontological nursing and rural health care, Heather M. Young has been a nurse leader, educator and scientist for over 30 years. Her expertise has played an instrumental role in shaping large-scale clinical telehealth, connected-care and gerontology research, and the nurse leaders of tomorrow.

When we focus on what matters most and collaborate well, we can accomplish so much more than we could ever manage alone.”Heather M. Young, Ph,D., R.N.

Over the past decade Young served as founding dean of the innovative Betty Irene Moore School of Nursing at UC Davis — overseeing its growth to encompass five graduate-degree programs, millions in research funding, and a ranking among the nation’s top 25 percent of master’s-degree nursing programs. She was also a co-founder of the Home Alone Alliance and is a co-champion for UC Davis’ Healthy Aging in a Digital World initiative.