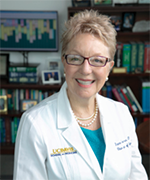 UC Davis Department of Surgery Distinguished Professor and Chair Diana Farmer, M.D., F.A.C.S., F.R.C.S., was sworn in as president of the American Surgical Association (ASA) in April. Farmer is the first surgical leader from UC Davis Health named to the position, and the third woman elected president in the ASA’s 142-year history. Farmer was one of the first fetal surgeons with more than two decades of experience treating birth defects in the womb, and has pioneered foundational techniques in pediatric and fetal surgery. She’s currently researching a novel stem cell therapy developed in her lab, and conducting an FDA-approved first-in-human clinical trial for repairing damaged neural tissue in spina bifida patients before birth. 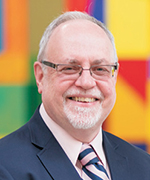 Stephen J. Cavanagh, M.P.A., R.N., F.A.C.H.E., F.A.A.N., dean of the Betty Irene Moore School of Nursing at UC Davis, has been elected to the American Association of Colleges of Nursing (AACN) Board of Directors. Based in Washington D.C., the AACN is the national voice for academic nursing, representing 840 schools of nursing nationwide. It establishes quality standards for nursing education and influences the nursing profession to improve health care. AACN leads the development of competency expectations for graduates of baccalaureate, master’s and Doctor of Nursing Practice (D.N.P.) programs.

The UC Davis Center for Healthcare Policy and Research (CHPR) received a $7.5 million, five-year grant from the California Department of Public Health to help curb tobacco smoking in California. The grant will allow CHPR to lead the Healthy Living Clinic Initiative (HLCI), a program that provides intensive training and technical assistance on cessation to around 40 community clinics serving at-risk populations. 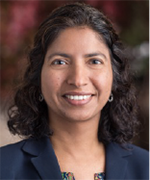 Ulfat Shaikh, M.D., M.P.H., M.S., medical director of health care quality and professor of pediatrics, has been elected chairperson of the American Academy of Pediatrics (AAP) Council on Quality Improvement and Patient Safety (COQIPS). The body is led by 11 elected leaders and home to over 700 members with expertise in quality improvement and patient safety. Shaikh’s expertise is in measuring performance in health care and supporting clinicians in designing, implementing and evaluating quality improvement initiatives, and she has led training and coaching programs in QI methods for public, private and academic organizations. She begins her two-year term as chair this summer. 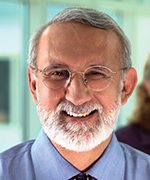 Sergio Aguilar-Gaxiola, M.D., Ph.D., founder and director of the UC Davis Center for Reducing Health Disparities, has been appointed to a state panel to promote health and wellness for Californians. Gov. Gavin Newsom named Aguilar-Gaxiola and 15 other state leaders in February to the Governor’s Advisory Council on Physical Fitness and Mental Well-Being. Last year Aguilar-Gaxiola received two national awards for his contributions to science and behavioral health research: The National Hispanic Science Network’s (NHSN) 2021 National Award of Excellence in Research by a Senior Investigator, and the 2021 Lifetime Award for the Advancement of Latino Behavioral Health from the National Latino Behavioral Health Association (NLBHA). 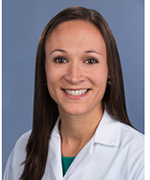 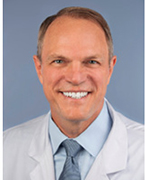 James Marcin, M.D., M.P.H., director of the UC Davis Center for Health and Technology, vice chair for pediatric clinical research and professor of pediatrics, has been selected as a Fulbright U.S. Scholar for 2022–2023. Marcin will work with the Royal College of Surgeons in Ireland (RCSI) and Children’s Health Ireland (CHI) to advance pediatric health care in Ireland as a new children’s hospital integrates novel telehealth and digital health technologies. Marcin has extensive experience collaborating with other telehealth programs internationally, and currently directs the largest pediatric tele-emergency network in the U.S. 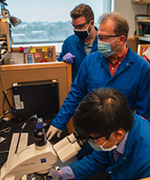 Andreas Bäumler, Ph.D., was awarded the Robert Koch Prize last November for his groundbreaking research on the role of intestinal epithelium in the composition of microbiota, and its effects in infectious and inflammatory diseases. The research provides completely new starting points for restoring the balance between microflora and the body. The prize is one of Germany’s most prestigious scientific awards, and Bäumler shares it with Yasmine Belkaid, Ph.D., of the National Institute of Allergy and Infectious Diseases. Bäumler is vice-chair of research and professor in the Department of Medical Microbiology and Immunology. 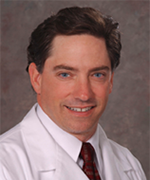 Richard Bold, M.D., UC Davis Comprehensive Cancer Center physician-in-chief and surgical oncologist with the UC Davis Department of Surgery, has been recognized for his outstanding service to cancer care by the American College of Surgeons Commission on Cancer (CoC). Bold was selected as one of four CoC “state chairs” in the country. As a CoC state chair and American Cancer Society Commission on Cancer Liaison Physician (CLP) for the UC Davis center, Bold received the 2021 State Chair Outstanding Performance Award for going above and beyond the scope of normal duties.

Honored for work with underrepresented communities 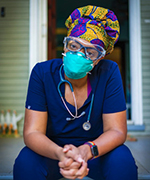 Tiffani Johnson, M.D., M.Sc., assistant professor and pediatric emergency physician at UC Davis Health, is the recipient of a national award for her efforts to improve the quality of care for underserved children. The American Academy of Pediatrics (AAP) recently honored her with its inaugural Minority Health, Equity and Inclusion Award, which recognizes outstanding contributions to advance health equity for underrepresented communities. Johnson is a nationally recognized researcher and thought leader on race and racism and its impact on child health, focused on understanding root causes of healthcare disparities and examining racism in healthcare and early childhood education settings.

UC Davis Medical Center’s Accelerated Access Unit received the AMSN PRISM Award® last fall, a national honor that recognizes collective achievements and contributions of the unit’s nursing staff. The award, which stands for Premier Recognition in the Specialty of Med-Surg, is co-sponsored by the Academy of Medical-Surgical Nurses (AMSN) and the Medical-Surgical Nursing Certification Board (MSNCB). UC Davis was the first hospital in California to receive a PRISM Award, and at the time of the med-surg award was top in California and West with six. 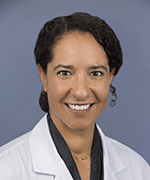 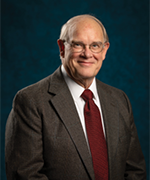 Paul A. Sieving, M.D., Ph.D., was inducted last fall as inaugural holder of the School of Medicine’s Neil and MJ Kelly Presidential Chair in Vitreoretinal Science. Sieving previously served as director of the NIH’s National Eye Institute (NEI), and is known for the NEI Audacious Goals Initiative in Regenerative Medicine. Kelly was the first resident to graduate from UC Davis’ Department of Ophthalmology & Vision Science, and later became the world’s first physician to perform macular hole surgery. 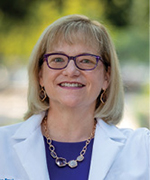 Department of Neurology Chair Amy R. Brooks-Kayal, M.D., F.A.A.N., F.A.N.A., F.A.E.S., has been inducted as inaugural holder of the Andrew John Gabor, M.D., Ph.D. Presidential Chair. Brooks-Kayal is an internationally recognized neurologist, epilepsy expert, and research leader on novel seizure therapies, who has served as president of the American Epilepsy Society and held other national roles. Gabor, also a national leader in epilepsy research and UC Davis’ neurology chair from 1981 to 1991, passed away in 2016. 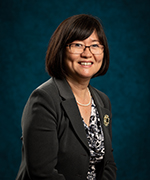