“It’s very hard to know what a current antibody test means,” said Larissa May, a professor in the Department of Emergency Medicine and the principal investigator for a study of antibodies in UC Davis employees. “We don’t want to give anyone immunity passports where they’ll stop wearing masks and stop being careful.”

May and Nam Tran, an associate clinical professor in the Department of Pathology and Laboratory Medicine and a member of Gov. Gavin Newsom’s COVID-19 Testing Task Force, answered questions in a June 11 session and painted an overall picture of where COVID-19 testing currently stands.

“It’s important to know if it’s in your community and where the hotspots are.” May said. “It’s important for households to know about each other and whether they should isolate from the community.”

“We have to be judicious about testing,” Tran said. “It’s not an issue of capacity. If you test someone at the wrong time, just before symptoms develop, the viral load may be too low to register and they’ll be the person who spreads the disease because think they’re safe.” 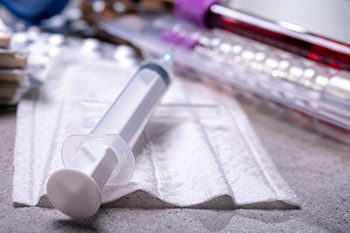 “There are still areas of the country where testing is severely limited and people who have symptoms are not able to get tested,” May said. “California and the UCs have built capacity so we have more than is needed here.”

“That’s coming sooner rather than later,” Tran said. “But we still don’t know whether having the antibody confers immunity, how much is needed or how long the immunity will last.”

“That’s what we’re testing to learn right now,” May said.

“A positive result might mean you were exposed to another, more common coronavirus (like a cold),” May said. “We’ve seen many people who believe they had the disease, but if you had flu-like symptoms in November or December or even January, it was probably not COVID-19.”

They also had one warning: Don’t trust the rapid tests now being offered, especially the 15-minute versions. They are not accurate.

“State guidelines don’t recognize those for any kind of use,” Tran said. “If you’re getting a test, be sure it is FDA approved.”