Black patients with advanced cirrhosis are more likely to be hospitalized

Black patients with advanced liver cirrhosis tend to be hospitalized more often and for longer periods than patients of other races and ethnicities, new research from UC Davis Health physicians shows.

Black patients are more likely to be hospitalized for cirrhosis and be covered by Medicaid.

Because there were no distinctions in the quality of hospital care for all patients in the study, the authors believe the reason for this disparity is related to differences in health care coverage. Black patients were more likely to be covered by Medicaid, the public health insurance program for low-income patients. Medicaid patients, in general, have decreased access to care across the country.

Based on the findings, the researchers recommend universal access to evaluations and interventions for common cirrhosis risk factors — hepatitis B and C, diabetes, obesity and alcohol abuse — regardless of insurance coverage. Doing so, they said, would help reduce disparities in cirrhosis care as well as the nearly $2.5 billion spent each year in the U.S. treating late-stage disease.

“The majority of cirrhosis patients don’t know they have the disease until they are close to liver failure and their best option for survival is a transplant,” Chak said. “The causes of cirrhosis, however, are for the most part highly treatable and in some cases curable. Ensuring coverage for that care without question would change the trajectory of their disease and overall costs of care.”

Cirrhosis is irreversible scarring of liver tissue, Chak said. It affects close to 700,000 people and kills about 35,000 people each year in in the U.S. Annual deaths from cirrhosis have increased 65% in the past decade.

The study was spearheaded by Ted Spiewak, who at the time was an internal medicine resident at UC Davis Health and is now completing a gastroenterology fellowship with the U.S. Air Force. He was inspired by the diversity of cirrhosis patients and wanted to see if there were potential disparities in their care. Prior studies reported racial disparities in liver transplant and hepatitis C treatment outcomes, however none addressed hospitalizations and cirrhosis.

A team committed to reducing disparities in liver disease care

Spiewak and the team evaluated electronic medical records for 463 patients with advanced cirrhosis who were admitted to UC Davis Medical Center between Jan. 1, 2013, and Jan. 1, 2018. They collected data on race and ethnicity, length and frequency of hospital stay, additional illnesses, health insurance providers and quality of cirrhosis care. 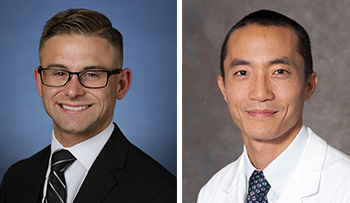 “Because of the racially diverse communities we serve and the growing burden of liver disease, it is important to investigate disparities in the care of our patients,” Spiewak said. “It is even more important to identify actionable targets for changes that reduce those disparities.”

In addition to Chak and Spiewak, co-authors were Amir Taefi, a gastroenterology fellow, and Shruti Patel, an internal medicine resident at UC Davis Health when the study was conducted. Another co-author was Chin-Shang Li of the State University of New York at Buffalo.

Their study, “Racial Disparities of Black Americans Hospitalized for Decompensated Liver Cirrhosis,” received no external funding. It is published online in the journal BMC Gastroenterology.

Additional information about UC Davis Health, including its Department of Internal Medicine and Division of Gastroenterology and Hepatology, is available at health.ucdavis.edu.