“I had to find out more and see if we qualified,” Nina said.

Seven months later, she and her partner Daniel are part of the male contraception clinical trial, which began recruiting at UC Davis Health in June 2020.

“It’s gone well so far. No issues,” said Daniel, who applies a pump (about one teaspoon) of contraceptive gel to each of his shoulders the same time each day. This is their new birth control method.

Nina and Daniel are one of 31 couples recruited thus far in the Sacramento area, who have been part of the two-year Phase 2 clinical trial. The UC Davis Health researchers originally just hoped to enroll 12 couples. Other U.S. testing sites include Los Angeles, Seattle, Salt Lake City, Portland, Norfolk and Philadelphia, along with worldwide locations in the United Kingdom, Italy, Sweden, Kenya and Chile. The gel formulation was developed by the Population Council and NIH’s Eunice Kennedy Shriver National Institute of Child Health and Human Development (NICHD).

The gel contains segesterone acetate, a synthetic progestin, which blocks natural testosterone production in the testes and reduces sperm production. The gel also contains replacement testosterone to help maintain normal sex drive and other functions dependent on the hormone.

UC Davis has been so successful with recruiting that the National Institutes of Health (NIH) recently increased the funding at UC Davis Health, providing an additional $1.1 million to allow currently enrolled couples to finish the trial and to recruit at least 12 more couples to the two-year clinical trial.

Eligibility criteria include the following:

During the clinical trial, the man’s sperm count should be low enough to prevent pregnancy in about four months, but it can take up to six months. At that point, the couple will use the study contraceptive gel as their only form of birth control for 12 months. The man will have monthly checkups over the course of the trial, with sperm count testing and testosterone monitored at each visit. The female partner will have checkups every three months.

“I am so incredibly honored to be part of this program given the remarkable advancements we are seeing for preventing pregnancies for couples,” said Mitchell Creinin, director of family planning and lead study investigator at UC Davis Health. “It’s been amazing to track each couples’ progress and see how month after month, the majority of men are not negatively impacted by using this gel as their primary birth control method. Couples have the comfort of knowing that with use of this gel, the man’s sperm count is incredibly low or zero – and that the man’s normal sperm levels resume within a few months of discontinuing daily use of the gel.”

For Daniel and Nina, it’s been more than seven months since he started using the gel.

Daniel hasn’t experienced negative side effects from the male contraceptive gel. Nina has been happy to be off the birth control rollercoaster, without fear of unwanted pregnancy. The new birth control method has been game changing for them.

“We’ve had a really great experience,” Daniel said. “Dr. Creinin and the team are really supportive and were patient with us in answering all of our questions. There has never been a point that we felt we did not make the right decision by participating in this trial.”

Couples who participate for the full two-year clinical trial will receive up to $4,700. For more information or to sign up, call 916-734-6846, email hs-obgynresearch@ucdavis.edu or visit StudyPages. 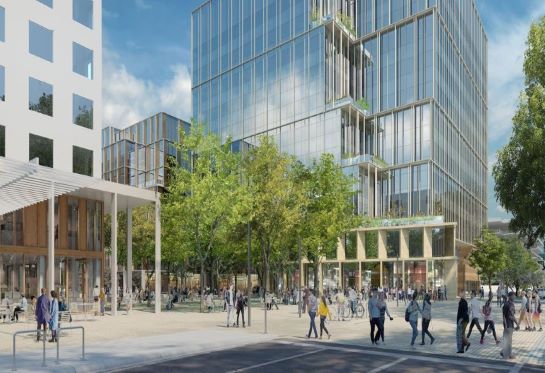