Here is some pleasant news amid the warnings and cautions about life during the COVID-19 pandemic: Going to a movie may be less risky than you think.

“It sounds like trouble – many people confined indoors, in one room, for a prolonged period,” said Natascha Tuznik, a UC Davis Health associate professor of infectious disease. “But now that masks are required – and if the theater does everything right – a theater should pose less risk of person-to-person transmission than many other places people are going now.”

Before you rush to the theater, Tuznik still urges caution.

“Remember, ‘less risk’ doesn’t mean ‘no risk,’” she said. “But it is less risky than places like gyms, where people are breathing heavily and sweating, or bars where people can get too close or talk loudly and expel more of the virus, even with masking requirements.”

Sitting in a theater should be safer, she said, because:

Manage your risk at the movies

Tuznik has more advice to help reduce your risk at the movies. It starts with learning the policies of the theater. Are they limiting capacity to a maximum of 50%? Are they staggering show times to allow more time to clean between screenings and to reduce the size of the crowds in the lobbies?

“But you may have to go there to find out,” she said. “Calling a movie theater and getting a real person is not the easiest thing.”

She also suggests we:

There are a few added protections that some theater companies are considering, including plastic barriers between seats and disposable seat covers.

“It’s definitely worth checking on those, if you can,” Tuznik said. “Like everything else right now, going to the movies will be harder, especially if you’re cautious. But the extra effort is worth it.”

California’s requirement that people wear masks in all indoor public places decreases the risk, but it’s unclear how, or if, this will be enforced inside the theater during the showing.

“I know this isn’t fun,” Tuznik said, “but just like at so many other places right now, be prepared to leave. Missing the end of a movie is bad. Getting sick is worse.”

She had one other tip. Consider a drive-in theater. “Bring your own soda and popcorn and relax,” she said. “You also don’t have to worry about another patron taking phone calls.” 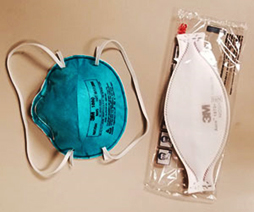 How to protect yourself from smoky air due to the Caldor, Dixie wildfires