If you’re looking for a positive story amidst the disappointment of continual coronavirus cancellations, this is it.

This year, it reached thousands.

The MIND Summer Institute, like so many other events, went virtual last week (August 7) to avoid any COVID-19 risk. More than 1,000 people registered for the zoom event, and as many as 13,000 have been reached through Facebook Live so far.

There was also another, unexpected benefit: attendees from all over the world.

They logged on from Argentina, Brazil, Peru, the Philippines, Ecuador and more; at least 15 countries in all. The event was captioned live in Spanish and Korean.

“It was really the best possible outcome,” said Leonard Abbeduto, director of the MIND Institute. “The opportunity to have attendees from all over the world learning and contributing benefitted everyone.”

A focus on women with autism

This year’s Summer Institute, Women on the Spectrum: From Research to Real Life, focused on the research and experiences of girls and women with autism, which can differ from those of men and boys.

Far fewer girls than boys are diagnosed with Autism Spectrum Disorder (ASD), and there is evidence that it is under-diagnosed in females. The UC Davis MIND Institute’s Christine Wu Nordahl focused on one possible reason for that in her presentation: camouflaging, something women with autism report doing more often.

“I think of it as trying to put on your best “normal,” whatever that is,” said Nordahl, an associate professor in the department of psychiatry and behavioral sciences. “We’re trying to understand the strategies that people use to put on this best normal.”

Nordahl said examples include forcing yourself to make eye contact with someone, talking to people in a store even if you don’t want to, or avoiding the urge to talk about subjects that you’re passionate about in order to fit in. Nordahl pointed out that the mental health consequences of camouflaging for people with autism can be negative and significant, including depression and anxiety.

The MIND Institute’s Meghan Miller focused her talk on the intersection of autism and attention deficit hyperactivity disorder (ADHD), particularly in females. ASD and ADHD co-occur frequently, and Miller noted that can present a diagnostic conundrum for families. 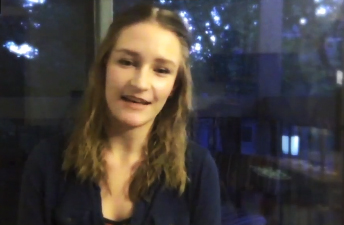 Miller highlighted research that found when children who have both disorders are diagnosed with ADHD first, they tend to get the autism diagnosis several years later than those children who are diagnosed first with autism, or with both autism and ADHD at the same time.

“It could have a big impact on the window of opportunity for early intervention,” said Miller, an assistant professor in the department of psychiatry and behavioral sciences. “This really suggests that autism should be considered in young children who have high levels of ADHD symptoms.”

The MIND Summer Institute also featured a panel of courageous women who opened up about their own experiences with autism. They included Kristen Godfrey, a UC Davis Health employee, Erica Mineo, a UC Davis pre-veterinary student and two UC Davis graduates - Chloe Rankin, a motivational speaker on autism and Lisa Malins, a bioinformatician.

Malins had some inspirational advice for individuals with autism:

Watch a recorded version of the event here. 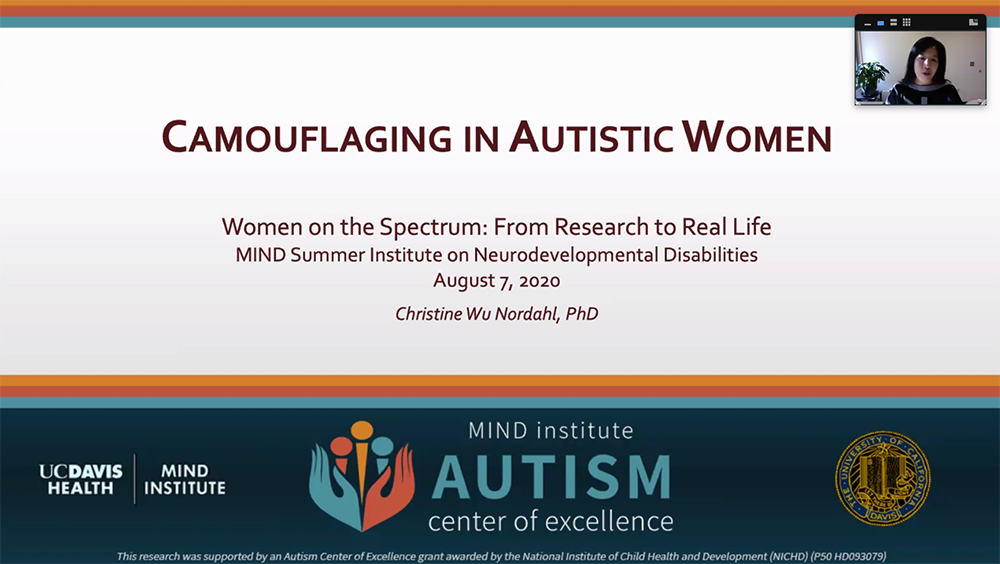