(SACRAMENTO) — UC Davis scientists and other top national researchers gathered virtually on June 3 to lay out a full picture of the complexities of developing and distributing a COVID-19 vaccine – which they generally agreed won’t happen until sometime in 2021.

The third COVID-19 symposium organized and moderated by UC Davis distinguished professor Walter Leal featured infectious disease and vaccine experts who described both the pressing need and still-long road toward making a vaccine available worldwide. It drew more than 3,800 Zoom and YouTube viewers with registrants from more than 35 countries.

UC Davis Chancellor Gary May opened the event by posing what he said is one of the most crucial questions of the pandemic.

“We are not expected to return to a fully normal life until a vaccine is developed,” he said. “But how long will that take?”

About a year, maybe more, was the consensus, despite trending stories about vaccines being near.

“What’s being confused – and scientists and politicians are contributing to the confusion – is the difference between a candidate and a vaccine,” said featured speaker Robert Gallo, director of the Institute of Human Virology at the University of Maryland and an internationally renowned virologist who co-discovered HIV.

“Last I heard, there are 156 candidates,” Gallo said. “I think it certainly will be more than a year, even from now, when we have the vaccine.” 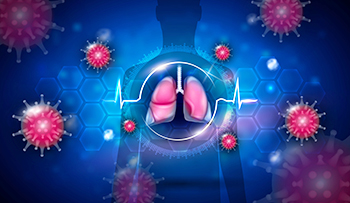 Researchers said a vaccine for COVID-19 is not likely until 2021.

Developing and testing a vaccine safely does not allow for shortcuts, Gallo and others said. To assure they work and won’t harm people, potential vaccines must go through accepted testing phases.

The first step involves pre-clinical trials that test a vaccine candidate on animals, then moves to Phase 1 clinical trials testing a small group of healthy volunteers to establish dosing. Phase 2 involves a larger trial on patients to test for safety and immune responses. The last step is Stage 3, a large clinical trial with a placebo to test for effectiveness and safety.

“Some vaccine strategies will be faster to develop,” said Paul Offit, director of vaccine education at Children’s Hospital Philadelphia. “But the only way we’re going to know what works is to have large, respected, placebo-controlled trials. Hopefully, then we can stop having science by press release and can actually look at data.”

The challenge of vaccinating people worldwide

A major challenge will be producing and distributing a vaccine on a global scale.

“We’re talking about 7 billion vaccines, that’s quite overwhelming. What we’re doing right now is planning how to scale up to for those potentially billions of doses,” said Kate Broderick, senior vice president for research and development at Inovio Pharmaceuticals, which has one of the front-running vaccine candidates.

“We also don’t want to lose track of the fact we’re going to need billions of needles, syringes and glass vials to deliver the vaccines, plus all the other logistical components of the supply chain,” Broderick said. “One thing that might make you feel a little better is that (global health organizations including the World Health Organization and Gavi, the Vaccine Alliance) are very much involved in assuring we’ll have those necessary supplies.”

Achieving thorough worldwide distribution to develop herd immunity may be a problem on social and political fronts, too, said Dean Blumberg, UC Davis professor and chief of pediatric infectious disease.

“We all know there are groups that are skeptical about vaccines,” Blumberg said. “I want to make sure all the vaccines, when they’re available, are well-studied, because the last thing we need is to bring a vaccine to the public when we aren’t confident about its safety or protection. If adverse effects occur, that’s going to be a real setback, maybe for years.”

The science is, of course, even more complicated than the logistics. Blumberg and others talked about the need to essentially thread a needle to develop a vaccine that creates a healthy immune system response to prevent the disease – too little or too much both could have serious adverse impacts on patients.

“We do not want to get an immune response that does more harm than good,” he said. “That’s why we need such rigorous testing.”

Another complication for vaccine developers is knowing how long immunity from a vaccine might last. The experts were asked if people will need to get a vaccine every year, as with the flu.

“That’s a very good question because I don’t know the answer,” Gallo said. “I expect the first vaccines will last a few months.”

With other more common coronaviruses, including the common cold and flu, Blumberg said, immunity from vaccines or from going through the illness often lasts one to two years, but he does not know if we can extrapolate those timelines to this novel coronavirus causing COVID-19.

“Hopefully, we will develop a vaccine we won’t need to give every year or two. There is still so much we don’t know,” Blumberg said. “One very good thing is that there is so much information coming out every day. It’s been an unprecedented sharing among scientists, researchers and publications.”

The scientists were asked questions from the audience about vaccines and related subjects, including one to Allison Brashear, dean of the UC Davis School of Medicine, about whether antibody tests can tell someone if they have some immunity.

“They are not very useful for an individual person,” Brashear said. “We don’t know yet what level of antibodies is needed or how long the antibodies will last. That’s what we’re testing to learn. There is also a concern that a positive test for antibodies might give someone a false sense of security, and they will stop social distancing and lower their guard.”