Women who reported not taking a daily prenatal vitamin immediately before and during the first month of pregnancy were nearly twice as likely to have a child with an autism spectrum disorder as women who did take the supplements -- and the associated risk rose to seven times as great when combined with a high-risk genetic make-up, a study by researchers at the UC Davis MIND Institute has found.

"Mothers of  children with autism were significantly less likely than those of typically developing children to report having taken prenatal vitamins during the three months before and the first month of pregnancy," said Rebecca J. Schmidt, assistant professor in the Department of Public Health Sciences in the UC Davis School of Medicine and the study's lead author. 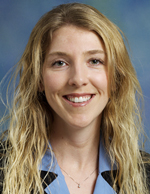 The finding was "strong and robust," the study authors said, and is the first to suggest a concrete step women can take that may reduce the risk of having a child with autism. The study, "Prenatal vitamins, functional one-carbon metabolism gene variants, and risk for autism in the CHARGE Study," is published online today on the website of the journal  EPIDEMIOLOGY. It is scheduled to appear in print in July.

The authors postulate that folic acid, the synthetic form of folate or vitamin B9, and the other B vitamins in prenatal supplements, likely protect against deficits in early fetal brain development. Folate is known to be critical to neurodevelopment and studies have found that supplemental folic acid has the potential to prevent up to 70 percent of neural tube defects, the authors said.

"This finding appears to be the first example of gene-environment interaction in autism," said Irva Hertz-Picciotto, professor and chief of the division of environmental and occupational health in the Department of Public Health Sciences in the UC Davis School of Medicine.

"It is widely accepted that autism spectrum disorders are the result of multiple factors, that it would be extremely rare to find someone who had a single cause for this behavioral syndrome. Nevertheless, previous work on genes has generally ignored the possibility that genes may act in concert with environmental exposures," said Hertz-Picciotto, the study's senior author and a researcher affiliated with the UC Davis MIND Institute.

To conduct the study, researchers collected data from approximately 700 Northern California families with 2- to 5-year-old children who had autism or typical development and were participants in the Childhood Autism Risk from Genetics and the Environment (CHARGE) study between from January 2003 to December 2009. All children were born in California and came from families that spoke either English or Spanish. The autism diagnoses were confirmed through testing at the UC Davis MIND Institute.

Women who participated in the CHARGE study were asked via telephone whether they took prenatal vitamins, multivitamins or other supplements at any time during the three months prior to and during their pregnancies and during breastfeeding. If the respondent said she had taken vitamins, she was further asked what type she took, at what dosage and frequency and during which months of pregnancy she consumed them.

"Because the mothers were asked about their vitamin use years after their pregnancies and after their child's developmental status was known, some error is expected in their reporting. Moreover, in comparison with mothers who have an affected child, mothers whose children are healthy and show typical developmental milestones may be less likely to remember accurately, simply because they have less reason to reflect on and be concerned about their behaviors years earlier," Schmidt said. This could have biased the results, she pointed out. Further research will be needed to rule out reporting bias.

The researchers accounted for maternal education and the year the child was born; results were the same when also accounting for the mother's age. However, after the first month of pregnancy, there was no difference between mothers who did and did not take prenatal vitamins. This indicates that, by the time most women are aware that they are pregnant, taking prenatal supplements may not benefit the child in terms of risk for autism.

Significant interaction effects were observed for two maternal genes, including a well-studied variant on the methylenetetrahydrofolate reductase (MTHFR) gene associated with less efficient folate metabolism and increased levels of homocysteine, an amino acid.

Mothers of children with autism were 4.5 times more likely to both have the less efficient MTHFR 677 TT genotype and to report not taking prenatal vitamins during the period around conception than were mothers of typically developing children.

The other maternal gene variant with a significant interaction leads to decreased cystathionine-beta-synthase (CBS) activity and elevated plasma homocysteine. Increased risk for autism was also associated with other maternal gene variants associated with less efficient one-carbon metabolism, but only if the mother reported not taking the prenatal vitamins in those early months before and right after conception.

In addition, being homozygous for a common, functional variant in the child's catechol-O-methyltransferase (COMT) gene was associated with more than seven times the estimated risk for autism in mothers who reported not taking the supplements around the time of conception, compared to children with other genotypes whose mothers did report periconceptional prenatal vitamin intake.

This gene reduces COMT enzyme activity three- to four-fold. The COMT enzyme, well known for its role in dopamine degradation, is activated during early neurodevelopment. Structural and functional brain differences have been described across COMT genotypes, particularly in the hippocampal and prefrontal cortex, regions affected by autism.

The finding, if replicated, provides a potential means of reducing the risk of having a child with autism, the authors said.

"The good news is that if this finding is replicated, it will provide an inexpensive, relatively simple evidence-based action that women can take to reduce risks for their child, which is to take prenatal vitamins as early as possible in a pregnancy and even when planning for pregnancy," Hertz-Picciotto said.

Other study authors include Robin L. Hansen, Linda C. Schmidt and Daniel Tancredi, all of UC Davis, and Jaana Hartiala and Hooman Allayee, of UCLA.

The UC Davis MIND (Medical Investigation of Neurodevelopmental Disorders) Institute, in Sacramento, Calif., was founded in 1998 as a unique interdisciplinary research center where parents, community leaders, researchers, clinicians and volunteers collaborate to study and treat autism and other neurodevelopmental disorders. The institute has major research efforts in autism, Tourette syndrome, fragile X syndrome, chromosome 22q11.2 deletion syndrome and attention-deficit/hyperactivity disorder (ADHD). More information about the institute, including previous presentations in its Distinguished Lecture Series, is available on the web at https://healthsystem.ucdavis.edu/mindinstitute/.