Researchers to define connections between vascular and Alzheimer's diseases 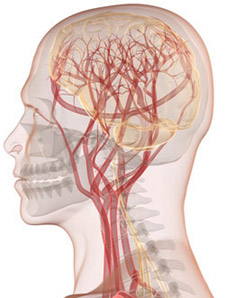 A team of UC Davis investigators has received a $2.7 million, five-year grant from the National Institutes of Health to research the links between vascular disease and Alzheimer’s disease.

“Clinicians have suspected for a while that cardiovascular problems could also be risks for Alzheimer’s but don’t know exactly how they are linked,” said John Rutledge, a UC Davis professor of cardiovascular medicine and principal investigator on the grant. “This study is the first to provide a detailed examination of vascular-disease processes that can make the brain more vulnerable to Alzheimer’s disease.”

“Our goal is to better predict and alter the neuropathology of Alzheimer’s. Knowing its vascular determinants can lead to treatment strategies that slow the progress of this devastating disease.”
— John Rutledge

An estimated 5 million people in the United States have Alzheimer’s disease, a progressive, incurable and fatal illness and the most common form of age-related dementia. Cardiovascular diseases such as hypertension, high cholesterol, diabetes and atherosclerosis are also common in the elderly.

Previous work in Rutledge’s lab showed a relationship between blood-lipid activity related to cardiovascular disease and injury to brain microvascular endothelial cells, which provide a protective barrier between blood and brain cells. The new funding will take that work to the next step by determining if that process opens the doors to brain-cell damage and, eventually, an Alzheimer’s diagnosis. 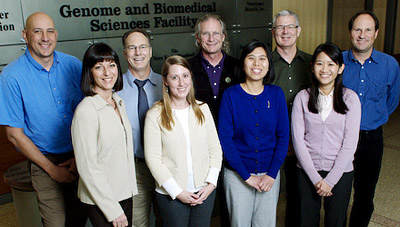 The researchers are especially interested in the blood lipid VLDL — very low density lipoprotein. Together with lipid-associated proteins known as apoliproteins, VLDL carries fats through the bloodstream. Prior evidence from this team indicates that VLDL could interact with a specific apolipoprotein called apoE4, which is a marker of Alzheimer’s disease, to weaken the intricate vasculature of the brain.

In conducting the study, Rutledge and a team of neuroscientists, cardiovascular specialists and biophysicists will evaluate brain and blood-vessel cells from patients with Alzheimer’s for vascular and neuronal injury and changes in apoE4.

“Our goal is to better predict and alter the neuropathology of Alzheimer’s,” said Rutledge. “Knowing its vascular determinants can lead to treatment strategies that slow the progress of this devastating disease.”