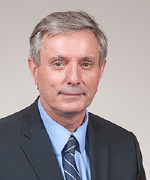 Polycystic ovarian syndrome (PCOS), also known as Stein-Leventhal syndrome, is a hormonal disorder that affects women of all races and nationalities. The syndrome gets its name from its original description of the small cysts on the ovaries that were found in the first women studied, though not all women who suffer from PCOS actually have noticeable ovarian cysts.

Most often, symptoms first appear in adolescence, around the start of menstruation. However, some women do not develop symptoms until their early to mid-20's. Although PCOS presents early in life, it persists through and beyond the reproductive years.

PCOS is estimated to affect between 5% and 10% of women of reproductive age, thus making it the most common hormonal disorder among women in this age group.

There are a few other rare medical problems that present clinically similar to PCOS. These can be easily distinguished from PCOS by simple blood testing.

PCOS can also be associated with insulin resistance -- a risk factor for diabetes. Luckily, this also can be diagnosed and managed successfully.

The most important aspect of the management of PCOS is the early and correct diagnosis.