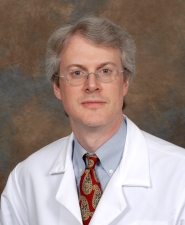 Helping To Find A Cure

When Kathryn Krivy was diagnosed with Primary Biliary Cirrhosis (PBC) in 1993, it came as a complete surprise. Krivy had none of the usual symptoms - severe itching, jaundice, fatigue. She had gone to see her doctor in Chicago about the pain she felt in her side while running. When her lab work revealed elevated liver functions, Krivy's astute primary-care physician suspected PBC and sent her to a specialist.

Additional tests confirmed his suspicions and led to a devastating prognosis: Krivy would eventually need a liver transplant, or she would die from this rare, progressive disease for which there was no cure.

Determined to learn all she could about PBC and fight the disease, Krivy looked for a support group. Some Internet research led her to a Web site connecting patients with autoimmune liver disease, including PBC. The woman who developed the site also had PBC. Krivy discovered that 90 percent of people with PBC are women between the ages of 30 and 60. Over time, she and a handful of other "PBCers" organized their own group, which grew to some 1,500 members from around the world who share information and encouragement over the Internet.

In 1997, Krivy attended an American Liver Foundation symposium on women's liver disease, where she met M. Eric Gershwin, chief of rheumatology, allergy and clinical immunology at UC Davis. Gershwin's primary research area was PBC; in fact, he was the only one in the country testing for antimitochondrial antibodies, one of the tests that had confirmed Krivy's diagnosis. She and 250 other PBCers agreed to collaborate with Gershwin on a scientific survey - a launching pin for a National Institutes of Health grant to study PBC. "This doctor was the research guru in the field," Krivy recalls. "I felt that if anyone could find a cure for PBC, it was Eric."

That initial collaboration led to a $1.5 million NIH grant. Krivy and many of her PBC friends also took part in this important research, sending Gershwin saliva, urine and blood specimens - and even their old livers after transplant - for his experiments. Gershwin's team of 15 researchers has used the NIH funding to conduct multifaceted studies of PBC, including its epidemiology, genetic characteristics, pathology and zenobiotics, to learn what triggers PBC and how best to treat the disease.

Cooperation of people like Krivy is key to this research. "We're grateful that patients are willing to participate and help us with basic research that will lead to understanding this disease," says Gershwin. "We could not do what we do without them." Having patients actively involved and getting to know them also makes the research work more personal and very rewarding. "These people are not just names on a test tube to us," notes Gershwin. "Everything we know, they want to know, and we communicate with them frequently." Contributing to the research process helped Krivy feel that she was doing something positive and gave her hope. "Participating gave me some degree of control," she explains. "Patients with PBC really want to be involved - we don't want to be out there in the dark. Eric engaged us in his research and spoke to us in terms we could understand. He was incredible."

The Department of Internal Medicine has one of the largest PBC research centers in the world, and UC Davis has produced more literature on the disease than any other institution. Krivy appreciates this strong commitment to research, despite PBC's small occurrence rate compared to heart disease, cancer or AIDS. "This research makes a huge difference for me and a lot of other people, even though PBC is so obscure," she says. "We rely on people like Eric to advance our cause, and we look to him for hope that we are going to find a cure for this disease."

Using data collected from Krivy and her fellow PBCers, Gershwin's team has made headway toward discovering how PBC destroys the liver, which will lead to more effective treatment. Additional NIH funding supports ongoing collaborative research with patients and organizations all over the world, including the Mayo Clinic. "We still need to find out what causes PBC," notes Gershwin. "We've hit a complicated, high-risk level of research, which means putting more effort in with no guarantee of results. But we will keep trying, because without taking some risk, we won't find the answers."

Meanwhile, Krivy had her transplant in June 2000 and is currently PBC-free. She has returned to her job as a health-care executive and looks forward to running a marathon next year. She spends a great deal of time raising funds for more PBC research. Even patients who are fortunate enough to receive a new liver know that transplantation is not a cure for the disease, which can reoccur after the procedure. "Continued research is critical to finding a cure," emphasizes Krivy. "Without research, the only hope for people with PBC is a slower progression of the disease or a transplant that may not happen. Research is paramount."