A natural product from the dried root of a pea-family plant, combined with an enzyme inhibitor discovered in the laboratory of Professor Bruce Hammock, may provide hope in alleviating neuroinflammation in Parkinson’s disease. A team of researchers from UC Davis and Dalian Medical University, China, announced the findings Feb. 21 in the Proceedings of the National of Academy of Sciences.

The team found that a soluble epoxide hydrolase (sEH) inhibitor combined with kurarinone, a compound from the dried root of Sophora flavescens, reduced neuroinflammation in an animal model with Parkinson’s disease. The dried root, also known as kushen, has been used for hundreds of years in traditional Chinese medicines.

“Traditional Chinese medicines play an immeasurable role in the treatment of all kinds of diseases,” said lead researcher Cheng-Peng Sun, a Dalian Medical University professor who is partnering with the Hammock lab. For the past 35 years, Hammock, a distinguished professor in the Department of Entomology and Nematology and the UC Davis Comprehensive Cancer Center, has researched enzyme inhibitors that dramatically reduce inflammation, inflammatory pain and neuropathic pain.

“We investigated the neuroprotective effects of S. flavescens in Parkinson’s disease based on the neuroinflammation,” Sun said. “Our extensive studies indicated that kurarinone possesses several pharmacological effects, including anti-inflammatory and antioxidative activities.”

The researchers hope the work may lead to an effective therapy for Parkinson’s disease, an incurable, progressive neurogenerative disorder that affects more than 10 million people worldwide, including about million in the United States, according to the Mayo Clinic. The disease affects about 50 percent more men than women.

“Kurarinone targets the soluble epoxide hydrolase (sEH), which is a key regulatory enzyme involved in the metabolism of fatty acids, and inhibitors of the sEH enzyme resolve neuroinflammation,” said Hammock, a corresponding author of the paper. “The enzyme regulates a newly studied class of natural chemical mediators, which in turn regulate inflammation, blood pressure and pain. 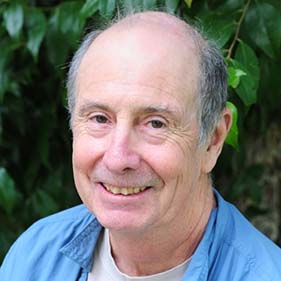 We have known for a number of years that the soluble epoxide hydrolase inhibitors, now in human safety trials, are active in reducing the development of Parkinson’s disease in several rodent models.”—Bruce Hammock

“We have known for a number of years that the soluble epoxide hydrolase inhibitors, now in human safety trials, are active in reducing the development of Parkinson’s disease in several rodent models,” Hammock said. “The evidence for this is quite strong, particularly based on the work of our long-term collaborator Kenji Hashimoto at Chiba University in Japan.”

Because of regulatory differences, a natural product offers a potentially faster route to relief for patients than a classical pharmaceutical, Hammock said.

Kurarinone has a novel mechanism compared to other sEH inhibitors, binding the enzyme in an adjacent but non-identical site. This provides a new model for the design of still more active compounds to block neuroinflammation associated with diseases where sEH inhibitors have shown efficacy in rodent models, including Alzheimer’s disease, Autism Spectrum Disorder and other disorders, Hammock said.

Sophora (the Arabic name for a pea-flowered tree) is a genus of about 45 species of evergreen trees and shrubs in the pea family, Fabaceae. The species are native to southern Asia, Australasia, various Pacific islands, western South America, the western United States, Florida and Puerto Rico. About fifteen of these species have a long history of use in traditional Chinese medicines.