Finding may have implications for autism 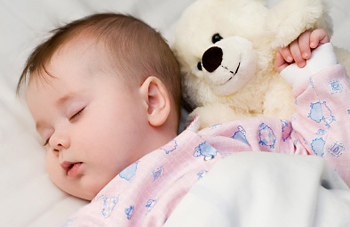 A common ingredient in flame retardants, BDE-49, accumulates in human blood, fat and breast milk. Despite these concentrations, little research has been done on the chemical’s potential health risks. However, a study by scientists at the UC Davis MIND Institute is shedding new light on BDE-49’s potential danger to brain health. The study showed that even tiny amounts of the compound damage neural mitochondria, the energy plants that power our cells. The chemical, quite literally, reduces brain power.

In addition, the researchers found that the loss of PTEN protein, a condition associated with autism-like behavior in mice, combined with BDE-49 exposure, makes neurons even more susceptible to mitochondrial damage. These findings bolster the argument that genetics and environment can combine to increase the risk of autism and other neurological disorders. The study was published online this month in the journal Toxicological Sciences.

One of a family of chemicals called polybrominated diphenyl ethers (PBDEs), BDE-49 can be absorbed through the skin or metabolized from other PBDEs. These chemicals have a similar structure to their more famous cousins PCBs and persist for long periods in the environment and the human body. They have been linked to a variety of neurodevelopmental disorders, including autism.

PBDE accumulation, and its consequential health dangers, is especially problematic for California, which mandates that flame retardants be applied to a variety of products. In fact, it would be difficult to escape these chemicals.

“There are PBDEs in furniture, carpets, car seats, baby clothing — pretty much everywhere,” said Cecilia Giulivi, professor, Department of Molecular Biosciences in the School of Veterinary Medicine at UC Davis and lead author for the study. “Unfortunately, BDE-49 levels are not usually measured in human samples. Nobody has been focusing at understanding the toxicity of BDE-49 on mitochondria.”

The team isolated neural mitochondria from young mice and exposed the organelles to tiny amounts of BDE-49 (.07 to 1.8 nM). In addition,  they also measured BDE-49’s effects on neural progenitor cells (NPCs) taken from mouse striatum, a part of the forebrain associated with cognitive processes and other functions. Though NPCs are not mature cells, they have the ability to become full-fledged neurons and they can repair limited neural damage. In addition, problems with striatal function have also been associated with autism.

In both the isolated mitochondria and the NPCs, the team was interested in whether BDE-49 inhibited the mitochondria’s ability to produce ATP, the currency that the cells uses to pay for cellular work.

“There are two ways cells get ATP,” said Giulivi, who is a researcher affiliated with the UC Davis MIND Institute, “glycolosis or oxidative phosphylation through mitochondria. However, brain cells only get ATP from mitochondria. So, if they get damaged, there’s really no other pathway that supplies energy. This is very important, because the brain uses a considerable amount of energy on a daily basis.”

At the lowest concentrations, BDE-49 restricted the ability of mitochondria to make ATP and reduced cellular energy.

At these concentrations, BDE-49 inhibited two protein complexes (cytochrome c oxidase and ATP synthase) essential to ATP production and maintaining cellular energy. In addition, these doses changed mitochondrial structure, increased oxidative stress and disrupted the flow of protons across the inner mitochondrial membrane, which again interferes with ATP production. These processes have a negative impact on cellular energy.

The team also investigated the consequences of BDE-49 exposure for cells deficient in PTEN, a protein that influences the cell cycle and moderates the PI3K/Akt pathway. When over-activated, PI3K/Akt can also cause mitochondrial dysfunction. A number of studies have associated PTEN loss with autism disorders, epilepsy and other conditions. In particular, a previous study by Dr. Giulivi and others found that PTEN-deficient mice exhibited autistic behaviors.

Using mouse NPCs, the team inhibited PTEN to test the consequences of BDE-49 exposure on cells that mimicked this specific genetic variation. They found that pre-existing PTEN deficiency made BDE-49 even more toxic, increasing the severity of mitochondrial dysfunction. While inhibiting cellular PTEN alone reduced cytochrome c oxidase activity by 50 percent, exposing these cells to BDE-49 created a cumulative 70 percent reduction in the enzyme’s activity. This 70 percent loss is a significant threshold, over which oxidative phosphorylation and ATP production take a dramatic hit.

“We wanted to test for ‘second-hit stress,’” Giulivi said. “What happens when genetic susceptibility meets an environmental toxin? Because their mitochondrial function is already impaired, individuals (especially young) deficient in PTEN who are also exposed to BDE-49 could face serious neural repercussions. This also may be true of other genetic deficiencies, not just PTEN.”

The researchers did not observe significant apoptosis, the programmed cell death that usually occurs in damaged cells, because the goal of the study was to challenge living cells to determine how they function when exposed to BDE-49 without promoting death.

During the past 20 years, California has seen a multi-fold increase in autism. Whether PBDEs are a culprit in this increase will require more research. However, Giulivi said the study adds to the mounting body of evidence that environmental toxins may play a significant role in autism and other neurological disorders. Given BDE-49's ubiquity, particularly in child car seats and baby clothes, and known mitochondrial toxicity, researchers and public-health officials may want to closely monitor this chemical’s concentrations in consumer products, as well as its potential public-health consequences, Giulivi said.

“Since BDE-49 shows mitochondrial toxicity at such low concentrations we should really consider how much we release into the environment,” she said.

Other study authors include Eleanora Napoli, Connie Hung and Sarah Wong, all of UC Davis.