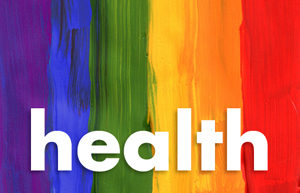 UC Davis physicians and patient advocates say incorporating sexual orientation and gender identity as standard demographic elements within the electronic health record  is an important step toward improving health care for lesbian, gay, bisexual and transgender (LGBT) individuals who often have avoided medical clinics out of fear of being humiliated or rejected.

UC Davis Health System has become the first academic health system in the country to incorporate sexual orientation and gender identity as standard demographic elements within the electronic health records for its patients.

UC Davis physicians and patient advocates say the new measure is an important step toward improving health care for lesbian, gay, bisexual and transgender (LGBT) individuals who often have avoided medical clinics out of fear of being humiliated or rejected.

In June the health system posted a questionnaire that invites its patients to share their sexual orientation (attraction to one’s own gender or a different gender) and gender identity (the gender an individual identifies with) with their providers. The questionnaire is accessible to about 76,000 patients who use UC Davis’ secure, online communications system to schedule appointments, request prescription refills and exchange messages with their physician's office.

“Patients and physicians, even in the clinical setting, are not very good at talking about sex,” said Edward Callahan, professor of family and community medicine and one of the key coordinators for the new initiative. “Unfortunately, the problem is more than just one of embarrassment.

"LGBT individuals face significant health challenges that can be better addressed when a doctor’s office is seen as a truly welcoming and understanding environment. We’re inviting patients to voluntarily share their gender identity and sexual orientation information to help us create an atmosphere in which we’re able to provide the most knowledgeable and informed care possible.”

"This is about breaking down barriers and reducing health disparities.”
-- Edward Callahan, professor of family and community medicine

A 2011 Institute of Medicine (IOM) report noted that the meager amount of research data about LGBT health consistently points to severe health disparities for LGBT communities. Alcoholism, drug abuse, depression, suicidal risk and chronic diseases that are often ignored appear to be problems that affect a disproportionate share of these minority populations. It is a key reason why the IOM report suggested that it was important to proactively encourage lesbian, gay, bisexual and transgender people to participate in their own health care.

The institute also emphasized the critical need for more health studies and data collection to better understand and prevent the health conditions that affect LGBT populations. IOM researchers pointed to efforts decades ago that engaged women and racial and ethnic minorities in health studies, which then enabled health-care experts to identify differences in how some diseases occur in and affect specific populations.

“We know that the routine collection of information on race and ethnicity has greatly expanded our understanding of the conditions that arise among certain groups and how they are affected differently,” said Callahan. “That same approach is crucial for sexual minority populations, too. Stigma, prejudice and fear have long kept LGBT patients away from exam rooms, and from speaking more comfortably about their health. This is about breaking down barriers and reducing health disparities.”

The nation's largest lesbian, gay, bisexual and transgender civil rights organization has honored UC Davis Medical Center for two consecutive years as a "Leader in Healthcare Equality" for creating a safe, inclusive and welcoming environment for LGBT patients and employees.

The medical center was one of only 71 medical centers around the country to be recognized by the Human Rights Campaign Foundation in its 2012 Healthcare Equality Index, which reviewed 407 health-care institutions.

UC Davis Health System’s LGBT questionnaire is voluntary. It simply invites patients to declare their sexual orientation and gender identity as part of each individual’s highly confidential health record. Patients also will have the option of providing such information in person, during a clinic appointment, and choosing whether to have it recorded in the EHR. Each patient will also have the choice not to answer the questions at all.

“From a health provider’s perspective, knowing someone’s sexual orientation or gender-identity can be critical to avoiding assumptions and providing quality care,” said Suzanne Eidson-Ton, associate professor of family and community medicine and one of the leaders in the new initiative.  “It allows me to ask better questions and better address health-care needs.”

By having birth gender and current gender recorded in the medical chart, for example, a patient’s physician would know to consider monitoring for more gender-specific health risks such as prostate or ovarian cancers. Likewise, knowing an individual’s sexual orientation could enable a physician to ask about family acceptance and support. Patients whose families were not accepting when they came out as lesbian, gay, bisexual or transgender, experience higher rates of suicidal thoughts and attempts, alcohol and drug abuse, and riskier sexual behaviors. They also suffer rates of depression six times higher than other populations.

Having better and more complete patient information, including family history, allows a physician to consider a broader range of treatment options, which could include anything from medications to specialized counseling.

“Sexual orientation and gender identity information is just as important to an individual’s health and health-care needs as is their family history or past medical history,” added Eidson-Ton.  “To provide the best and most appropriate care, I need the most complete and accurate picture of my patients possible. I am excited that we now have a standard place to document this important information for patients in their medical records, so that all providers can provide the best care possible.”

In addition to the new electronic health record information categories, UC Davis is developing a physicians’ list of health providers who self identify, based on experience or comfort level, as “LGBT-welcoming.”  Health system coordinators say the new database is scheduled to go online later this summer.

“Our LGBT initiative was developed to encourage more conversations,” said Callahan. “As the electronic health record grows, as more doctors become familiar with their LGBT patients, the door opens wider for improving care and the level of trust between physician and patient can grow.”