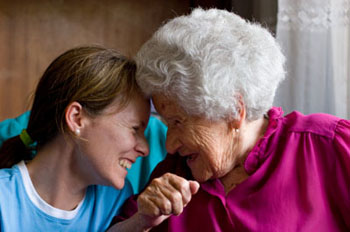 Spending time with family and friends can help you stay sharp as you age.

As you grow older, do you ever wonder, “What did I come into this room for again?”

“Senior moments” like forgetting an item or a name can be inconvenient and even mildly embarrassing, but often do not cause harm. Indeed, a certain amount of forgetfulness is to be expected as we and our brains and nervous systems grow older.

But severe losses in “cognition” — the set of mental processes that allow us to speak, learn, problem-solve and remember — can diminish quality of life and even our abilities to care for ourselves.

Fortunately, opportunities for maintaining cognitive health are growing as public health professionals gain better understanding of risk factors, according to the U.S. Centers for Disease Control. Meanwhile, there are a number of relatively simple things that you can do to improve your chances of preserving mental acuity and memory.

Ways to stay as sharp as possible

The National Institute on Aging and other health-care agencies and organizations have several suggestions for older adults to help with memory. Many of them are also synonymous with better health in general.

Your brain begins aging in your twenties, when it starts to lose cells bit by bit. As you age, your body also makes less of the chemicals that your brain needs to function at its best.  Connections between neurons, known as synapses, don’t occur as smoothly.

Some actions that are beneficial to healthy aging in general might also reduce the effect of possible risk factors for Alzheimer’s. They are all things you should be doing anyway to safeguard your well-being.

A certain amount of slowing down is largely inevitable, and it is likely as we age that many or most of us will forget our eyeglasses, where we parked or the name of a new acquaintance. These episodes are rarely cause for concern. However, forgetting how to get home from the neighborhood store or how to use the telephone may be signs of a more serious health problem.

It’s important to see a physician if you’re worried about memory problems or noticing symptoms such as:

Your physician can perform physical or mental evaluations to assess your overall status and identify problems. To help they may refer you to a neurologist, a physician specialist who deals with the nervous system.

Physicians can determine whether you have an underlying health condition that affects memory or cognitive function. In some cases, memory loss can be a warning sign of another health problem such as:

Symptoms may also signal dementia, a catchall phrase for a number of different methods of cognitive decline. Dementia usually involves two or more symptoms or problems together, such as memory loss coupled with trouble speaking, and memory loss by itself is not considered dementia.

Brain games from the AARP:  www.aarp.org/health/brain-health

Alzheimer’s disease, the most common type of dementia among older people,  is an irreversible and progressive brain disease. It slowly destroys memory and thinking skills, the ability to carry out simple tasks, and ultimately your body’s ability to perform essential functions.

There are no cure-all treatments or drugs yet to prevent or delay Alzheimer’s. Researchers — including experts at UC Davis Alzheimer’s Disease Center — are among those working to determine how to recognize the disease early, before symptoms present.

According to the National Institutes of Health, some actions that are beneficial to healthy aging in general might also reduce the effect of possible risk factors for Alzheimer’s. Again, they are all things you should be doing anyway to safeguard your well-being: exercising regularly, eating a healthy diet rich in fruits and vegetables, engaging in social and intellectually stimulating activities, maintaining healthy weight and controlling high blood pressure, cholesterol or type 2 diabetes when they occur.