The UC Davis MIND Institute is expanding its efforts to engage individuals with intellectual and developmental disabilities from diverse communities in research.

Thanks to a $247,000 in funding from the Patient-Centered Outcomes Research Institute’s (PCORI) Eugene Washington PCORI Engagement Awards Program, the MIND Institute is building a network of partnerships with self-advocates, families and community organizations. It will serve as a foundation to make clinical practices, research and systems of care more inclusive and accessible.

The new initiative is called the Partnership for Inclusive Research (PAIR).

“We want to be sure that people with intellectual and developmental disabilities from typically marginalized communities have a voice in the research process,” explained MIND Institute Director Leonard Abbeduto, who’s on the leadership team for the new initiative. “We want to hear from them about what’s important to them and what they need from our researchers.”

Including more individuals with intellectual and developmental disabilities in studies will also ensure that the research generated is appropriate and meaningful.

PCORI is an independent, nonprofit organization authorized by Congress in 2010. It funds research that will provide patients, their caregivers and clinicians with the evidence-based information needed to make better-informed health care decisions. 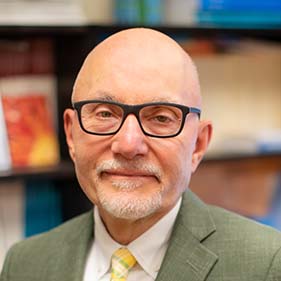 The goal is to understand the barriers to conducting meaningful research. Once we know what those barriers are, we can begin to break them down.” —Leonard Abbeduto, MIND Institute director

A path to more meaningful research

“Often, researchers come up with things that they think are interesting, but that aren’t all that relevant to the community,” said Aubyn Stahmer a Professor in the Department of Psychiatry and Behavioral Sciences who’s also on the project’s leadership team. “This is especially true when it comes to research involving intellectual and developmental disabilities, because people often don’t talk to these individuals about their health care needs. We want to change that.”

PAIR’s goal is to make studies more relevant to what community members need by involving them in setting the research agenda.

That includes the project’s leadership.

Robert Levy is an autistic self-advocacy specialist at the MIND Institute who provides important perspective as a member of the leadership team.

The process will start with several focus groups. They’ll include individuals with intellectual and developmental disabilities, family, and community members — many from historically marginalized communities and researchers.

“The goal is to understand the barriers to conducting meaningful research,” Abbeduto explained. “Once we know what those barriers are, we can begin to break them down.

Once the focus group findings are in, Community and Academic Partnerships (CAP) teams will be formed. They’ll include a mix of self-advocates, researchers and community members.

“These will be enduring committees, and their charge will be to help us understand the needs of communities and help set research priorities,” Abbeduto said. “They’ll also create pathways for us to disseminate information about research findings and recruitment.”

All CAP team members will be trained in what research involves, implicit bias and methods for ensuring the voices of people with disabilities are heard. Some of those team members will become liaisons, called navigators, who will conduct outreach within the community to share information and build relationships. 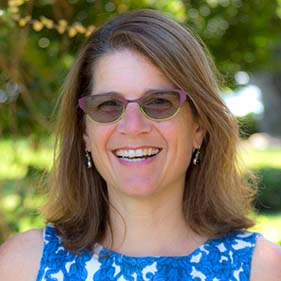 We want to make sure we’re hearing from people who don’t usually take part in research, so we’re reaching out to diverse communities rather than just groups who are already strong advocates.” —Aubyn Stahmer, professor of Psychiatry and Behavioral Sciences

“We want to make sure we’re hearing from people who don’t usually take part in research, so we’re reaching out to diverse communities rather than just groups who are already strong advocates,” Stahmer explained.

One barrier has been that some people with intellectual and developmental disabilities are nonspeaking and use alternative forms of communication, such as tablets.

“We need to have researchers learn how to better communicate with family members and patients, to allow the time required if they need to type something into a communication device, and to use plain language so that they’re getting the information they need in a way they can understand,” Stahmer said.

Building trust with individuals who have intellectual and developmental disabilities from underrepresented communities is also critical, notes Abbeduto.

“Our work will be at the intersection of two populations that haven’t always been well-served by research. Often when it comes to research, it’s very transactional – we go to people and need something from them. The idea here is to create partnerships so that they’re helping to set the agenda right from the beginning,” he said.

Self-Advocate Specialist Robert Levy agrees. He’ll play an active role in helping to build that trust and to disseminate information about PAIR among individuals with disabilities. He plans to promote their participation in the effort and in studies.

“My advice would be, if you have an opportunity to take part in research, you should do it,” Levy said. 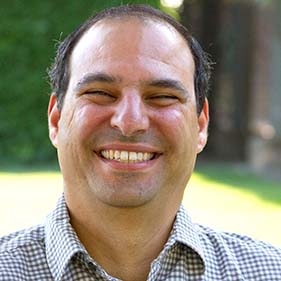 PAIR is intended to be a national model for inclusive research. The goal is to develop a toolkit that can be shared with other researchers and institutions.

One goal is a database of community members who are interested in certain research topics. “So, if I’m a MIND Institute researcher doing a study on a particular topic, I can look in the database and say, ‘who might like to give input into this project?’ Stahmer said. “That gives us a systematic way that researchers can partner with members of the community. Hopefully it becomes part of the research culture because we’ll all be trained to do that first.”