Jim Robinson has one word for anyone living near a wildfire: Leave.

He wishes he had done that sooner. Like so many others, he underestimated the intensity and speed of a fire that ended up trapping him and his girlfriend, Karen Fiscus. For them, it was the LNU Lightning Complex fire that devastated wine country beginning in mid-August.

The costs of waiting have been much too high. He and Fiscus had to hide in a drainage pipe as fire surrounded them twice before emergency responders were able to reach them.

Today, Robinson is still recovering from second- and third-degree burns on 27% of his body following seven weeks in the UC Davis Burn Center. He also is grieving, as his girlfriend died from her injuries. His Napa hog farm is now an eerie moonscape and his animals are gone.

Still, he wants to talk about what happened, and offer advice to those in wildfire zones.

“In the past, we’ve been able to wait out the fires,” Robinson said. “It kind of goes with living where I live. But this fire was different. Way different. It had its own atmosphere.” 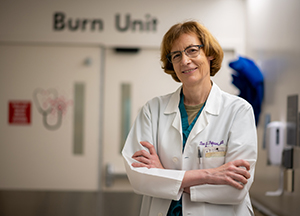 Two bright spots for Robinson as he recovers have been his family and the Burn Center, where a specially trained team treated his injuries and helped him accept his survival. The weeks he spent there were, he said, “One of the best experiences I ever had. The doctors and nurses were phenomenal.”

The Burn Center treats adults in Northern California and Western Nevada who need intensive burn care. Tina Palmieri, a burn surgeon and director of the center, said the number of wildfire-injured patients her team treats has steadily increased over the past few years.

“Wildfire-related burns can be particularly challenging because they are often severe, and because transportation to a hospital for care can be delayed by the fire itself,” Palmieri said.

Palmieri echoes Robinson’s guidance about leaving quickly once a fire breaks out in your area. She also suggests covering up from head to toe, despite the heat of a fire, and bringing a flashlight. Both helped Robinson. His clothes offered some protection for his skin and the flashlight guided emergency responders to him.

As wildfires in Northern California increase so do the number of patients in UC Davis’ Burn Center with wildfire-related injuries.

If you do get burned, Palmieri said, rinse the burn injury with cool water for up to 20 minutes if you can, as this may decrease the extent of the injury. However, keep the rest of your skin covered and dry. And, as soon as possible, get emergency care.

Robinson said that while protecting your property may be your first instinct in a fire, you should ignore that instinct.

“Give yourself enough time to get your belongings together and just go,” he said. “You can start over, but you can’t bring a life back.” 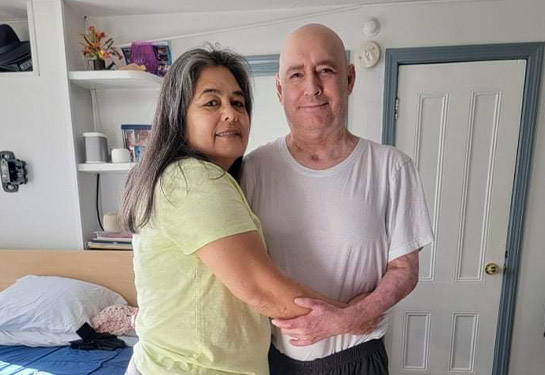 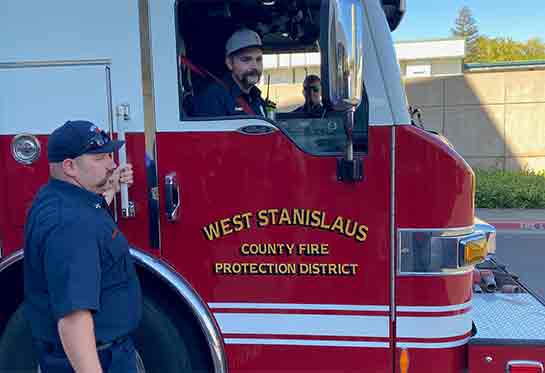