UC Davis Medical Center is known for its highly regarded labor and delivery facilities and care, which are designed to meet every need of expecting parents. What might surprise some people is that the Sacramento hospital also delivers great care and attention to non-human parents, too.

The medical center serves as a highly successful nesting site for peregrine falcons.

Now, peregrines have returned to a nest on the hospital’s roof for another year of egg laying and child rearing. With four eggs thus far, 2021 could turn out to be a stellar season for UC Davis Health’s peregrines. A single falcon egg appeared on March 10, several weeks earlier than expected. Several days later, the peregrine mother laid two more eggs, and then a fourth one, too.

Viewers can now enjoy livestreaming video from the nesting location. The video feed of the peregrines can be found here. If everything goes well, the chicks will be hatching toward the end of April.

Last year, falcon friends following UC Davis Health’s livestream got a front-row seat to the birth of five peregrine chicks. It was the biggest birth rate for the medical center since the winged family was first officially sighted in 2015.

The peregrine’s nest is located a safe distance from the hospital’s busy helipad. Typically, three to four eggs are laid, but only two or three birds successfully hatch. Experts estimate the first-year survival rate for chicks at around 50%. Experts say urban falcons face hazards such as injury, illness, and predators.

The young birds typically can start flying at 43 to 44 days old. They usually stay close to the nesting area for an additional month while the parents continue to feed and encourage them to hunt.

Last year’s record-setting five hatchlings -- three females and two males – was unique for UC Davis. Unfortunately, one hatchling didn't live through the entire season. However, the four siblings were seen intermittently around the nest until late June. Get the recap from Season 2.

2019 was the first year the falcons were livestreamed. It also was a very successful year, as the parents welcomed four youngsters. Livestream watchers enjoyed peregrine activities until mid-June, when the birds left the nest. Get the recap from Season 1. 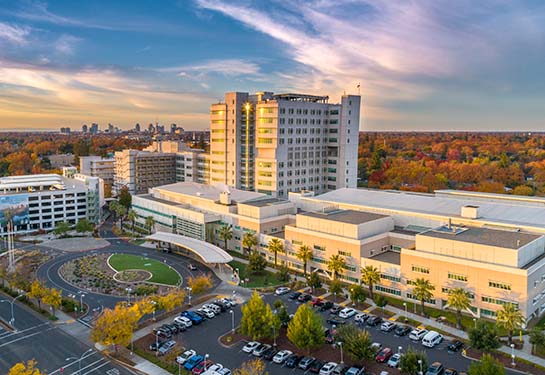