Martha Pennington spent a lifetime giving back to others – working with troubled youth, mentoring young women and staying active in her community.

On Dec. 6, UC Davis Hospice honored Pennington with a special 90-minute ceremony held with nearly three dozen of her family members and friends.

“Our veterans are so close to passing on, so conducting a ceremony to thank them for their service allows them to forget their pain and suffering and their fears, if just for a few moments,” said Randele Kanouse, who helped establish the We Honor Veterans program in 2012. “Most often, their family members and close friends know almost nothing of what their loved one did when they served our country, so many years ago, so family and friends get to learn about an entirely different dimension of the life of our patient.”

The couple had met in Little Rock, Arkansas before but didn’t start dating until 1953 when John’s Air Force career began to excel. According to those close to her, Martha loved John so much so that she dropped out of high school during her senior year to marry him. Rather than live apart as newlyweds – driving across the South in the early 1950s, encountering racism - Martha moved to Texas where John was stationed.

Shortly after, the Penningtons began their family – eventually having five children.

The family's time in Sacramento began in 1969 when they relocated to the region after John was stationed at Mather Air Force Base. Once settled, Martha Pennington returned to school, obtaining her high school diploma before earning a bachelor’s degree and then continuing her education with a master’s degree in Early Childhood Education. Afterward, she worked with special needs children under the age of three.

As her children grew older, Pennington filled her time contributing wherever she could and began to become well known in the region for her work with foster youth and fighting for local civil rights in the Sacramento community and local schools.

“Do good and good will come to you,” Pennington says.

“Martha’s life stands as a testimony for what each of us can accomplish when we possess a strong faith that guides us, and we work hard to care for others around us,” Kanouse said. “A young black woman who drops out of high school in a small town in Missouri in 1954 to marry her sweetheart and follow him to his Air Force base in central Texas, who goes on to raise five children; foster so many other children in her communities, who continue to view her as their ‘Mom’ decades later…her story certainly rivals the story of George Bailey in the classic movie, ‘It’s a Wonderful Life.’”

After the ceremony, many friends and family members shared memories and stories about Pennington’s impact on their lives.

John Pennington said the tribute to his wife Martha was the greatest he’s ever seen. He said, via telephone, that he couldn’t have felt prouder and that he was thankful that Martha could be present for the ceremony.

“[Dec. 6] was a moment that will remain in our hearts forever,” the Pennington’s daughter Sabrina said.

Kanouse said he has performed about 160 honor ceremonies in 10 years, but that he has never encountered a patient as accomplished as Pennington, calling her a treasure and a role model.

He added that during these honor ceremonies, the honorees are usually seen smiling and laughing.

“It’s a truly joyous moment for these men and women to relive moments from their youth,” Kanouse said.

“Do good and good will come to you."—Martha Pennington

Info on We Honor Veterans program:

The UC Davis Hospice Program is part of We Honor Veterans, a national organization that addresses the unique needs of America’s veterans, their families and community organizations. It’s estimated that more than 17 million veterans currently live in America. As the nation honors veterans for their military services each year on Veteran’s Day (Nov. 11), We Honor Veterans emphasizes the importance of recognition and compassionate care at the end of life's journey.

Ways to give back

If you are interested in learning more about ways to support and give back to UC Davis Hospice, call either the volunteer coordinator Erin Bjork at 916-731-6873 or Reese Scherber at 916-291-5775. If you are interested in donating online, please visit: give.ucdavis.edu/go/hospice or scan the QR code below. Supporters provide a special touch of love for patients and families who are served. 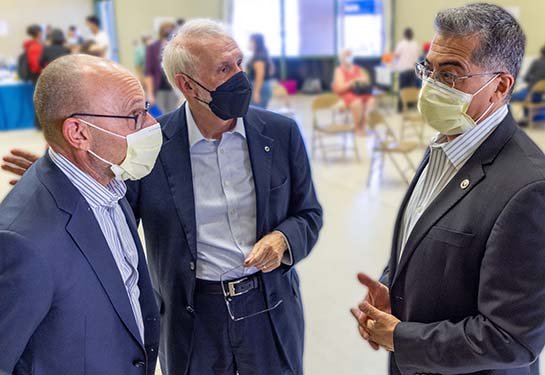 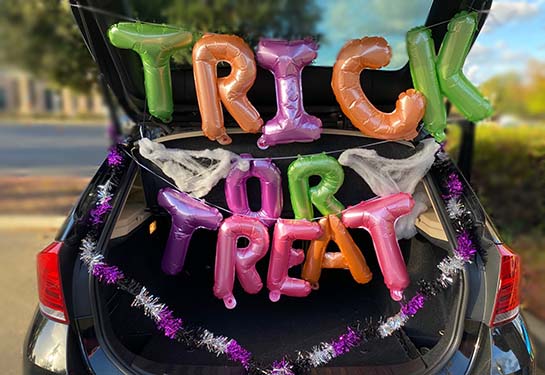 View the ‘Construction Update’ Lunch and Learn from Sept. 28 (video)