Universal need for massive COVID-19 testing — Are we deluding ourselves?

Many leaders in government, business and public health are calling for massive SARS-CoV-2 testing as the key to confronting the COVID-19 epidemic and reopening the economy. We are all aiming for the same goal: Everyone wants to assure safe working, educational and commercial environments. But turning to costly mass population testing, especially in areas with low occurrence, can be likened is like trying to shoot fish in a flowing river, not in a barrel. The hope is that most new cases will be identified, their contacts quickly traced, and containment achieved to quash the COVID-19 epidemic.

But hope is not a strategy.

Testing everyone at frequent-enough intervals to impact the disease’s spread is impractical, expensive, and unlikely to be achieved. Instead, we need to focus our efforts on highly accurate, complete and rapid turnaround testing for five key groups:

Targeted testing can also help identify infections in certain communities (defined by geographic boundaries, for example, or without ready access to care), in order to quickly identify emerging hot spots.

The commonly heard mantra of “testing is key” lacks defined testing strategies. Many important questions remain, amazingly, despite more than 8 million COVID-19 tests to date. For example, how many tests (and how many days apart) are enough to avoid what is now a 14-day quarantine for those with high risk contact?

The number of detected cases and new case detection rates (positive cases per number of tests) should not drive policy. Due to the increasing availability of tests, these are unreliable and changing measures, due to increasing test availability. Likewise, aggregated test results for large geographic areas like the entire State of California don’t paint an accurate picture, as those can mask local patterns of occurrence. As in the 1918 Spanish Flu, cities – and parts of cities – have their own epidemic curve.

Testing everyone in all locations every day would clearly identify cases to be isolated, quarantined, and medically cared for, and it would improve forecasting to better direct resources for continued containment and mitigation. However, this extreme scenario is obviously impractical and unpleasant. Testing 330 million Americans at the current $70/test that delivers great accuracy would cost about $23 billion for the first wave of testing the U.S. population. How often will we spend another $23 billion for a follow-up test – every week? That is $1.2 trillion in a year. More importantly, who knows if once a week, twice a week, or more is even useful.

In contrast to viral RNA tests which determine if you are currently sick, antibody tests from blood, called serological tests, can be misinterpreted as a sort of ‘immunity passport.” when in fact they are anything but that. These tests detect the presence of antibodies of a past infection and only provide a backwards look at a population’s experience with the epidemic. Without knowing that antibodies provide real immunity, an individual with a true positive antibody test result may get a false sense of protection and abandon safe behaviors – paradoxically leading to increased exposure and spread.

There is also growing interest in performing this serological testing at a community level, but this is a poor use of resources. A recent Stanford University study of SARS-CoV-2 antibodies in Santa Clara County, CA, reported an estimated seroprevalence of 2.8%. Even having a rate that high (thought to be overinflated) is nowhere near levels needed to halt the epidemic.

As all politics are local, so too should be the approaches to control and mitigate the future of this epidemic. Broad scale testing beyond high priority testing makes no sense currently, especially in areas with low occurrence. Data from across the University of California system shows there is still a very large number of Californians who have yet to be infected. As of mid-May, more than 55,250 UC Health patients have received SARS-CoV-2 test results, but only 1,739 had detectable virus – that’s 3.15%. Combining previously reported levels of people with antibodies tests with UC’s data, this means 95% of Californians are still at risk for a COVID-19 infection.

The massive undirected PCR testing we’ve seen so far is not the answer to safely reopening the economy. Instead, we need more targeted testing, contact tracing and syndromic/sentinel surveillance testing approaches to improve upon the current plans to achieve set targets of tests performed each day. Strategies that combine PCR and serologic testing would be ideal. Smarter testing, not just more testing, will improve health resources utilization and result in better tactics to control the future of this pandemic and allow us to safely reopen the economy. 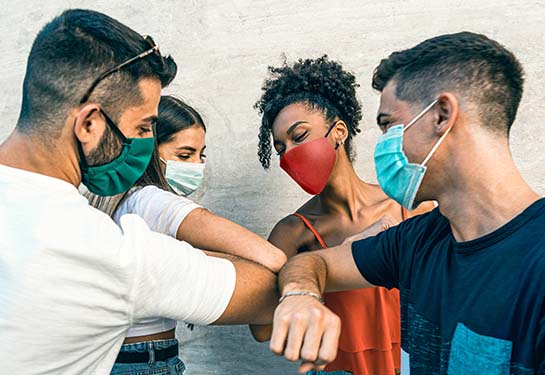 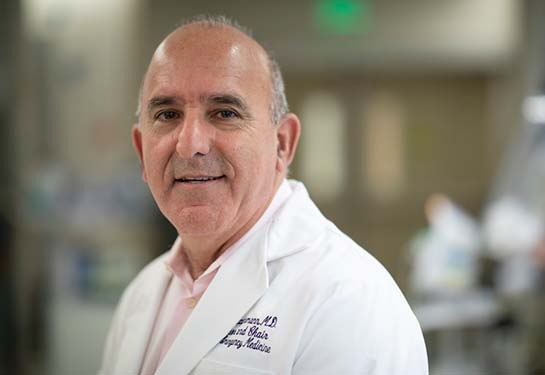