From humble beginnings, Calene discusses how she was inspired to go to nursing school when she was a nanny for an oncologist. 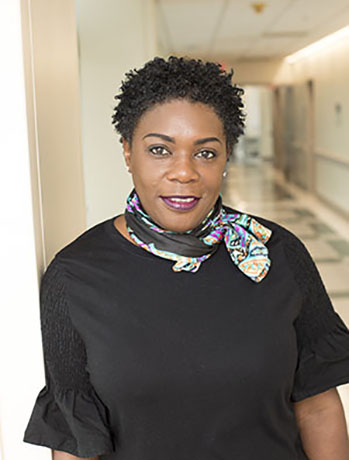 Well at 19 years old, my dad said that he wanted me to be a lawyer. I'm from Trinidad, and you have to do what your parents say pretty much. I came to the States at 19, lived with my aunt in Brooklyn and started off going to Pace University.

Then a friend of ours got really sick. This is back in the '80s. We found out he had HIV. I remember going to the hospital in East Orange to see him and I don't know, they just treated him like he had the plague. Really, really bad, and that bothered me. I decided I would be a better nurse then them if I were a nurse and went into nursing school.

But what really pushed it, it was when I came here I was a nanny. The family that I worked for in New York, my boss was an oncologist. He would come home in the evening, and his clients would be calling the house and I would answer the phone. I started to get really excited. So, my whole day after taking care of these three kids, and cleaning the house was really about waiting for six o'clock when the phone calls would come in.

At six o'clock the phone would start ringing. I would be excited because I got to answer the phone and pretend I was a nurse. I would say to them, "Why are you calling? What is your diagnosis?" They would tell me their story.

After I left there, after seven years, I headed straight to nursing school.