Christine, an inpatient GI nurse, talks about how exciting it is to see people learn more about her field and the thrill of teaching. 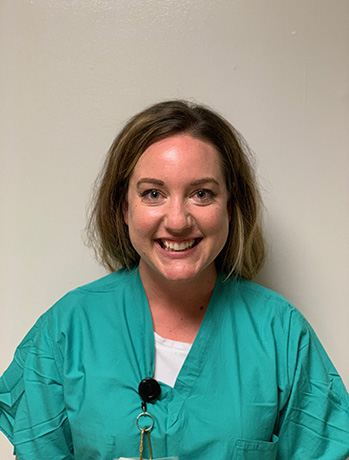 And so, those nursing students, we try to take a lot of interest in them. And recently I had one that I gave her articles. We were talking about different disorders, and things, and interesting topics that come up, and not just day to day outpatient screening stuff, but more really complicated things. And spending the time with her, and giving her research journals, and giving her things to talk about, and showing her these disease processes and stuff.

And it's not just myself who does it, it's a lot of people in our department, they do it. And it makes those nursing students change their perception of what we do. And they go from, maybe they came in from being like, "This is going to be terrible. This is going to be boring." To, "Wow, I think I might want to work here." It changes their perception of what they thought they wanted to do, and gives them another avenue to go down, which is great.

And then even GI fellows too, they come in and they're timid and nervous. And then by the end of it, some of them, we've had at least five of them that I can think of, off the top of my head, they graduated, and they came back here as GI attendings too. So, it must be something that we're doing, or maybe it's the department, or the facility, or even the UC Davis as a whole too.

Yeah, I wanted to say that too, that it's a revolving door, but the impressions that we make on patients, nursing students, fellows, even ourselves, they come back and it must be for a good reason.