As one of the leaders of Reigniting the Spirit of Care, Erin talks about the importance of these programs to help nurses stay close to their motivation to be a nurse. 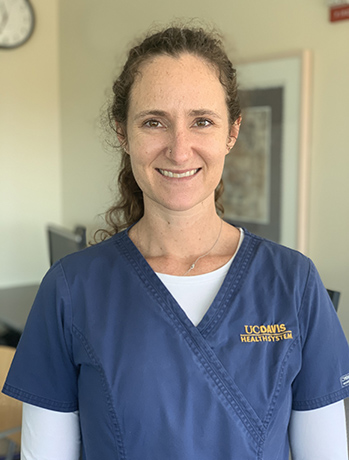 I love it. I love it. It's so fitting to, what I think is, the most important thing about healthcare and I feel like I was doing that work for many years before I became a facilitator because here in the PICU, we started the first peer support team and kind of made up our own training because there wasn't any. And Michelle and I have just been doing that for... Gosh, I don't know, eight years now. And it's so important and it's not something that you can quantify for... I don't know justifying the time, or the meetings, or the whatever. I don't know. It's something that I think would be really hard to quantify, but the relief that you see on people's faces when you make the effort to understand them is awesome.

And I've been a part of so many people just being like, "Thank you for reaching out or thinking about me." And it doesn't take very much. So, I feel like that kind of work I've been doing for a long time and then reigniting just gives you more to work with basically. More ways to connect with people and more ways to get other people to see that about themselves and to connect with themselves and each other, because some people are really disconnected and to watch them throughout the three-day class is really very cool.

I think getting people out of their shells, I think that's the most rewarding because in general, in my opinion, we're far too much in our shells, like our culture is very independent and, "I can do it all." And that's not actually true for almost anything in your life, like you cannot do anything by yourself, you have to have the support of someone to do almost anything. And I think that a lot of people don't feel like acknowledging that or they feel like that makes them weaker or more vulnerable. And I very much think... I think more people need to be more vulnerable because that's real and that's how we are. And as evidenced by this ridiculous pandemic, like we are all connected whether we like it or not. And you know what? You actually need the people to come get your trash and you actually need someone to deliver a flour to the grocery store, which isn't happening. There's a lot of things, and I think a lot of services, and people, and things that we didn't think about before that this has made everyone aware of I feel like and I don't think that's a bad thing.