You never have to go it alone

Melissa, a veteran nurse with over 40 years of experience, was shown firsthand how important it is for nurses to walk side-by-side, especially during the hardest moments. 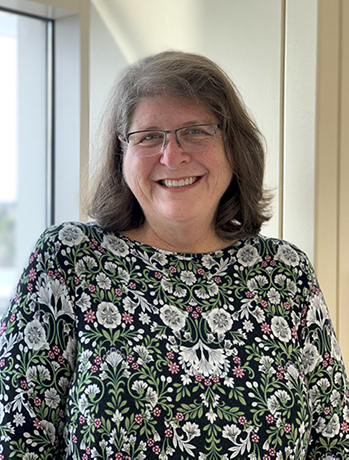 Melissa Tayrani was interviewed by her coworker and friend Theresa Pak.

This is a story that actually helped me develop as a colleague and realize the importance of teamwork because I was in the ICU and I had a child, a toddler who had drowned and unfortunately he wasn't a near drown. He actually drowned. And it was my job on that day to prepare his family to withdraw support.

And I remember being in that room and when I had let family in, there was probably about 15 people in the room knowing that, that child was going to die, right? Had already passed essentially.

I was trying to prepare him and organize the lines and take out whatever line I could to pick up that child and put him in their parents' hands, right? So they can hold that baby. And I remember just feeling the weight of the grief and the weight in the magnitude of that loss.

And I just almost couldn't breathe. I feel like that room, all the oxygen had just gone out of it. The grief was so big. It was like there was no escaping that pain and I had no tools to deal with that essentially since I was new, I never had to deal with that degree of loss before.

So I remember leaving the room to get supplies and I'm like, "Oh, I got to breathe." Right? I had to go out and I had to breathe. I had to recenter best I could because I really didn't even understand that either at that time.

And I got back to the door of that room. It was closed because I closed it and given some privacy, and I remember standing there, and I honestly couldn't go back in. It was like a battle in my mind like, "Go back in." And the other part of me was like, "No run, this is so scary. Just don't go back in."

And then one of my colleagues who was very experienced. She was able to read me. She understood the situation, but more than that she was able to tap in to how she felt when she had to deal with that. She was so kind and compassionate. So she came over, put her arm around me, she goes, "Hey Melissa. I was thinking, why don't we go in there together? We'll work together on this, okay?"

And essentially, she held me in that space of safety and she was going to model for me what that looked like. And I think the important piece is that she didn't come over and tell me like, "What are you waiting for? It's just your job. Get used to it. If you can't do this, you can't work here." She didn't do it for me because I think that would have hindered me too.

She did it with me and she modeled beautifully how to be that provider, and her expertise was so beautiful. We were able to support the family, allow them the privacy and in the worst scenario do it the best that we could do to support them.

And her gift to me was that I was able to take that with me and model that for other people, and just standing with each other I think is how we survive as nurses and the care team. It's not just nursing.

Megan Brown: Learning to dance in the rain