Inspiration can come at anytime

Theresa says that during the AIDS epidemic, the nurses on the frontlines shaped and inspired her to be the nurse she is today. 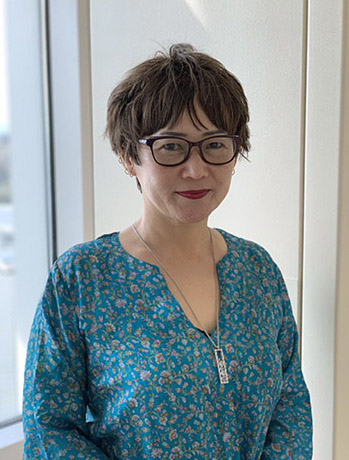 Theresa Pak was interviewed by friend and co-worker Melissa Tayarani.

I think it's really interesting that most nurses will say that actually nursing called them, nursing picked them. And I would definitely say that I fall into that category. When I first started my college career, it very much was sort of in this premed vein. And I was in San Francisco, and I had two experiences. And one of them was working with Haight Ashbury Free Clinic. I know that sounds so San Francisco, but it is actually the truth. And working with these nurses, that would go into the streets, right? The streets of San Francisco, and go into areas that were neighborhoods that most people would not venture, deep into the tenderloin. And really trying to help people that were drug addicts, and homeless, and mentally ill, and just giving them those basic needs. But more than just the physical part of it, is connecting that to their humanity. And seeing that and bearing witness to that was something.

And then I also remember when I started nursing school, it was around the same time as the beginning of the AIDS epidemic, and they didn't know what it was. They didn't know how contagious or whatever. There's some reflection here today as I think back. And I remember being in San Francisco General, and being with some of those nurses. They were like frontline warriors Melissa, and they had this huge social political battle, or you know, all the things that were around that, as people were arguing back and forth about what should be done, and is it right or wrong, or whatever.

Nurses on the front line, every day, would go in to care for these young, beautiful men that were dying, because we didn't have anything, we didn't even know. And their families were not... They left them, abandoned them. Their partners abandoned them. And they were literally there alone, except for nurses who would be with them. And I remember in particular, one nurse was like, that I had followed her around, and she had clocked out, and she proceeded to walk into this one room. And I was just really curious like, "What are you doing?" She's like, "Let me tell you, we are not born in the world alone. I'm simply not going to let somebody die alone.”

She had clocked out and she had cared for this man for weeks, and he was a young man. I don't even think he was quite 20, and I just remember just being in awe of her. And my takeaway is "I want to do that. I want to be that kind of a warrior, that was connecting to people, not just only on a clinical thing, but deeply emotional and spiritual."

Because it is, as you have always said, Melissa, "Whatever I'm giving, I'm getting so much more back. Because it feeds a certain part of me, that I know that I am here for a purpose, for a reason. And that is tenfold in anything that I could possibly give to somebody else. That healing is more than just science and medicine, and being able to do my dressings without breaking sterile technique."

It is so much more than that. And I do believe that nursing is all of that for me.