1989 UC Davis is named a national center for AIDS research. The campus leads the nation in the number of Ph.D.s awarded in the biological sciences.

2002 UC Davis leads the nation for agriculture and environment publications.

2002 First vaccine for cat AIDS approved for veterinary use. FIV was isolated by UC Davis researchers in 1986. Breakthroughs that address the health challenges facing our world are at the core of UC Davis Health's mission to discover and share knowledge to advance health. 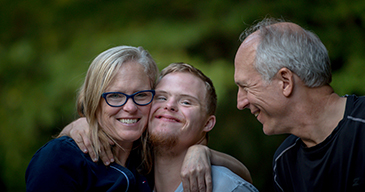 Carefully conducted clinical trials are the safest and fastest way to find treatments that work. Participating in a clinical trial is voluntary.