New approach bypasses surgery, treats more damaged cells and can be done in an office setting

The research, led by associate professor of ophthalmology and vision sciences Glenn Yiu, involved microneedles that are a vast improvement over current methods that use viral particles to deliver genes to correct mutations in the retina that cause blindness. The retina lines the back of the eye and contains millions of light-sensitive cells (rods and cones) that receive and transmit signals through the optic nerve to the brain, creating vision. The study, conducted in rhesus monkeys, was published in the journal Molecular Therapy Methods & Clinical Development.

“We discovered a new way to inject the virus from outside the eye using microneedles that can be used in an office setting without surgery,” Yiu said. “The microneedles are less than 1 mm in length and allow us to inject the viral particles into a tiny layer called the suprachoroidal space within the wall of the eye. We found that we could deliver a gene broadly across the retina, providing a less invasive and more efficient way to treat damaged cells of the retina.”

The researchers say the approach has applications for any gene therapy in the eye – an important advance given that the one gene therapy currently approved by the U.S. Food and Drug Administration and many others in clinical trial involve complex surgery.

“Current gene therapies for treating inherited eye disease are more invasive,” Yiu said. “To inject the viral particles containing the correct gene sequence into a patient’s eye, surgeons often need to perform a surgery to remove the gel from inside the eye and insert a cannula through the retina to treat the cells. While effective in restoring vision, this approach only treats a small region of the retina near the injection site, and requires complex, invasive eye surgery.” Other methods such as using a standard needle to inject the gene therapy into the vitreous gel in the eye are also not very effective in reaching the retina.

Diseases of the retina are among the most common causes of blindness in the U.S. and throughout the world. They include age-related macular degeneration, diabetic retinopathy as well as rarer inherited diseases that cause blindness. The use of viral particles, known as adeno-associated viral vectors, or AAV, has been instrumental in delivering gene therapies to correct inherited genetic conditions and complex degenerative disorders of the retina. These viruses are safe to use because they do not inherently cause disease and can carry a healthy gene to replace the mutated version in diseased eyes. However, viral vectors can also trigger an immune reaction depending on how it is injected into the body.

“The interior of the eye is typically considered ‘immune privileged,’ which means that the injected virus should not trigger a strong immune response and cause inflammation or damage,” Yiu said. “However, the microneedles we used access a space that is just outside the blood-retinal barrier, which is not immune privileged, so injecting AAV here may be more susceptible to immune reactions.”

The microneedles the authors used are for research only, but Phase 3 clinical trials have shown that steroids injected using these microneedles can successfully treat inflammatory eye diseases.

Other authors of the study “Suprachoroidal and subretinal injections of AAV using transscleral microneedles for retinal gene delivery in nonhuman primates” include Sook Hyun Chung, Iris N. Mollhoff and Uyen Tu Nguyen from the Department of Ophthalmology & Vision Science at UC Davis, and Jesse Yoo, Donna Taraborelli and Glenn Noronha from Clearside Biomedical, the microneedle manufacturer. 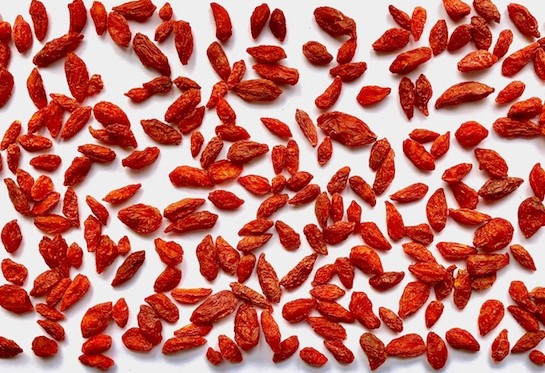