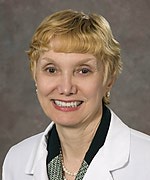 Dr. Bertakis strongly believes in patient-centered care, which encourages patients to be actively involved in their own health. In her opinion, a healthy diet, exercise program, stress reduction and attention to health-promotion issues are the most important factors in good health.

The Family Medicine Clinic offers expert primary care health services, education and research. She is pleased to be able to provide her patients with this level of service.

As the founding director of the UC Davis Center for Health Services Research in Primary Care, Dr. Bertakis focuses her research on doctor-patient interaction, physician practice styles and patient outcomes.

American Board of Family Medicine, 2004

National Board of Medical Examiners, 1978

Society of Teachers of Family Medicine

Honorary Member of The Order of the Medical Surgeons and Dentists of Bologna, Italy, 2006

Dean�s Excellence in Mentoring Award. Nomination is �by junior faculty for the special role you have played in their academic development and help provided them in attaining their full academic potential.�, 2005

Jerant A, Bertakis KD, Fenton JJ, Franks P. Gender of physician as the usual source of care and patient health care utilization and mortality. J Am Board Fam Med. 2013 Mar-Apr;26(2):138-48.

About Our Survey
Tweets by UCD_CHPR

Center for HealthcarePolicy and Research