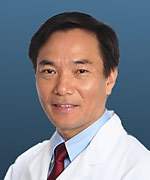 I always try my very best to ensure that every patient does better after seeing me. I also appreciate each individual patient as an inspiration to learn and enhance my clinical judgment to help future patients.

American Board of Internal Medicine, 1989

American Board of Internal Medicine, Gastroenterology and Hepatology, 1993

Fellowship of the Royal College of Physicians London, 2018

Scopy Award for a campaign in promoting Colorectal Cancer Screening from the American College of Gastroenterology, 2016

Honoree for Achievement in Endoscopy Education by American Society of Gastrointestinal Endoscopy (ASGE) 2013, 2014