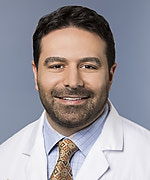 Dr. Girgis' research focuses on the neurophysiology of decision-making, with implications for the treatment of various psychiatric diseases using Deep Brain Stimulation. He is also interested in better defining the neural basis of spiritual practices such as meditation, with potential applications in the treatment of epilepsy. In addition, Dr. Girgis investigates pedagogical methods in the fields of neurosurgical resident and medical student education, and serves as a peer reviewer for the journal World Neurosurgery.

Royal College of Physicians and Surgeons of Canada - Neurological Surgery,

Professional Association of Resident Physicians of Alberta Resident physician of the month, 2015

Neurosurgery, University of Calgary Resident Teacher of the Year award, 2014