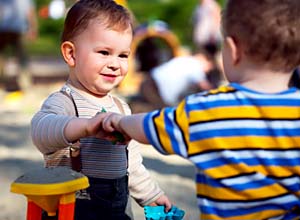 A study by researchers at the UC Davis M.I.N.D. Institute has found that the seven- to eight-fold increase in the number children born in California with autism since 1990 cannot be explained by either changes in how the condition is diagnosed or counted — and the trend shows no sign of abating.

Published in the January 2009 issue of the journal Epidemiology, results from the study also suggest that research should shift from genetics to the host of chemicals and infectious microbes in the environment that are likely at the root of changes in the neurodevelopment of California’s children.

“It’s time to start looking for the environmental culprits responsible for the remarkable increase in the rate of autism in California,” said UC Davis M.I.N.D. Institute researcher Irva Hertz-Picciotto, a professor of environmental and occupational health and epidemiology and an internationally respected autism researcher.

Hertz-Picciotto said that many researchers, state officials and advocacy organizations have viewed the rise in autism's incidence in California with skepticism.

The incidence of autism by age six in California has increased from fewer than nine in 10,000 for children born in 1990 to more than 44 in 10,000 for children born in 2000. Some have argued that this change could have been due to migration into California of families with autistic children, inclusion of children with milder forms of autism in the counting and earlier ages of diagnosis as consequences of improved surveillance or greater awareness.

“If we’re going to stop the rise in autism in California, we need to keep these studies going and expand them to the extent possible.”
— Irva Hertz-Picciotto

Hertz-Picciotto and Delwiche correlated the number of cases of autism reported between 1990 and 2006 with birth records and excluded children not born in California. They used Census Bureau data to calculate the rate of incidence in the population over time and examined the age at diagnosis of all children ages two to 10 years old.

“These are fairly small percentages compared to the size of the increase that we’ve seen in the state,” Hertz-Picciotto said.

Hertz-Picciotto said that the study is a clarion call to researchers and policy makers who have focused attention and money on understanding the genetic components of autism. She said that the rise in cases of autism in California cannot be attributed to the state’s increasingly diverse population because the disorder affects ethnic groups at fairly similar rates.

“Right now, about 10 to 20 times more research dollars are spent on studies of the genetic causes of autism than on environmental ones. We need to even out the funding,” Hertz-Picciotto said. 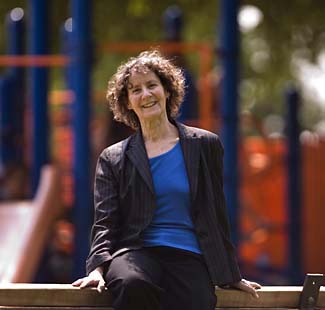 Irva Hertz-Picciotto (pictured above) said that many researchers, state officials and advocacy organizations have viewed the rise in autism's incidence in California with skepticism.

The study results are also a harbinger of things to come for public-health officials, who should prepare to offer services to the increasing number of children diagnosed with autism in the last decade who are now entering their late teen years, Hertz-Picciotto said.

“These children are now moving toward adulthood, and a sizeable percentage of them have not developed the life skills that would allow them to live independently,” she said.

The question for the state of California, Hertz-Picciotto said, will become: 'What happens to them when their parents cannot take care of them?'

“These questions are not going to go away and they are only going to loom larger in the future. Until we know the causes and can eliminate them, we as a society need to provide those treatments and interventions that do seem to help these children adapt. We as scientists need to improve available therapies and create new ones,” Hertz-Picciotto said.

Hertz-Picciotto and her colleagues at the M.I.N.D Institute are currently conducting two large studies aimed at discovering the causes of autism. Hertz-Picciotto is the principal investigator on the CHARGE (Childhood Autism Risk from Genetics and the Environment) and MARBLES (Markers of Autism Risk in Babies-Learning Early Signs) studies.

CHARGE is the largest epidemiologic study of reliably confirmed cases of autism to date, and the first major investigation of environmental factors and gene-environment interactions in the disorder. MARBLES is a prospective investigation that follows women who already have had one child with autism, beginning early in or even before a subsequent pregnancy, to search for early markers that predict autism in the younger sibling.

“We’re looking at the possible effects of metals, pesticides and infectious agents on neurodevelopment,” Hertz-Picciotto said. “If we’re going to stop the rise in autism in California, we need to keep these studies going and expand them to the extent possible.”

The study was funded by grants from the National Institute of Environmental Health Sciences (NIEHS) and by the M.I.N.D. Institute.

In 1998, dedicated families concerned about autism helped found the UC Davis M.I.N.D. (Medical Investigation of Neurodevelopmental Disorders) Institute. Their vision? Experts from every discipline related to the brain working together toward a common goal: curing neurodevelopmental disorders. Since that time, collaborative research teams at the M.I.N.D. Institute have turned that initial inspiration into significant contributions to the science of autism, fragile X syndrome, Tourette's syndrome, learning disabilities and other neurodevelopmental disorders that can limit a child's lifelong potential.