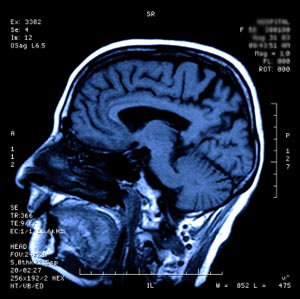 More research is needed to determine just how the brain recovers from methamphetamine addiction and if behavioral treatments can hasten that recovery.

UC Davis study provides hope for those in recovery, but patience is necessary

In a study published online by the Journal of Substance Abuse Treatment, UC Davis researchers report that it takes at least a year for former methamphetamine users to regain impulse control. The results tell recovering substance abusers, their families and drug-treatment specialists that it can take an extended period of time for the brain functions critical to recovery to improve.

"Recovery from meth abuse does not happen overnight," said Ruth Salo, lead author of the study and a UC Davis assistant professor of psychiatry and behavioral sciences. "It may take a year — or even longer — for cognitive processes such as impulse control and attentional focus to improve. Treatment programs need to consider this when monitoring recovering addicts' progress during their early periods of abstinence."

Effects of meth addiction may not be permanent

"All of them want to know if there is hope," Salo said. "We used to think most, if not all, effects of meth addiction were permanent. This study adds to the growing evidence that this assumption is not true. I can confidently tell patients that the longer they stay in a structured rehabilitation program and remain drug free, the more likely it is that they will recover some important brain functions."

For the current study, Salo used the widely-validated, computer-based Stroop attention test to measure the abilities of 65 recovering methamphetamine abusers to use cognitive control — or direct their attention to specific tasks while ignoring distractors. Study participants had been abstinent for a minimum of three weeks and a maximum of 10 years, and they had previously used the drug for periods ranging from 24 months to 28 years. The data for the 65 individuals were compared to Stroop attention test data from 33 participants who had never used methamphetamine.

"All of them want to know if there is hope. We used to think most, if not all, effects of meth addiction were permanent. This study adds to the growing evidence that this assumption is not true."
—  Ruth Salo

"The test taps into something people do in everyday life: make choices in the face of conflicting impulses that can promote a strong but detrimental tendency," Salo explained. "For meth users, impairments in this decision-making ability might make them more likely to spend a paycheck on the immediate satisfaction of getting high rather than on the longer-term satisfaction gained by paying rent or buying groceries."

The study analyzed cognitive control in terms of the amount of time since methamphetamine was last used as well as total time spent using the drug. The researchers found that those who were recently abstinent (three weeks to six months) performed significantly worse on the Stroop test than those who had been abstinent one year or longer. In addition, there was no statistical difference between test results for those abstinent at least one year and non-drug using controls. Longer-term methamphetamine use was associated with worse test scores. Similarly, longer-term abstinence was connected to improved test performance.

According to Salo, the new study mirrors previous magnetic resonance imaging (MRI) studies she and her colleagues published in 2005 showing a partial normalization of chemicals in selected brain regions after one year of methamphetamine abstinence.

"Together, the studies provide strong evidence that, eventually, meth abusers in recovery may be able to make better decisions and regain the impulse control that was lost during their drug use period," she said.

Salo said that more research is needed to determine just how the brain recovers from methamphetamine addiction and if behavioral treatments can hasten that recovery. She plans to continue neuroimaging studies to further define the brain functions affected by the drug. Her ultimate goal is to provide information essential to refining treatment programs for this population of drug users.

"Meth use worldwide is pandemic," she said, referring to the estimated 35 million people who have used the neurotoxic stimulant or similar drugs. "Recovery is difficult, but possible. The point of my research is to better understand the neural and behavioral consequences of this toxic drug along with the brain and behavior changes that are possible with long-term abstinence."

Other authors of "Drug Abstinence and Cognitive Control in Methamphetamine-dependent Individuals" include Thomas Nordahl, Martin Leamon and Charles Moore of UC Davis; and Gantt Galloway and Christy Waters of St. Luke's Hospital in San Francisco. Moore is also affiliated with the Kaiser Chemical Dependence Recovery Program in Sacramento.

The research was supported by grants from the National Institute on Drug Abuse. More information on methamphetamine addition and treatment can be found on the agency's Web site.