Checkup on Health: You can help your teen become a safe driver 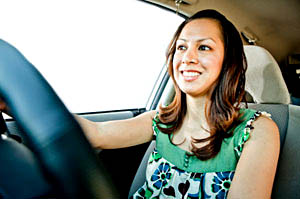 More teens die in car crashes than any other single cause. At highest risk are the youngest drivers: the 16- and 17-year-olds.

Most parents are apprehensive about the thought of their teenager becoming a driver. Unfortunately, statistics back up their fears.

More teens die in car crashes than any other single cause. They are involved in four times more crashes per mile driven than any other group of drivers. At highest risk are the youngest drivers: the 16- and 17-year-olds.

Experts believe that teens fare so badly on the road for two major reasons. One, not surprisingly, is that teens are inherent risk-takers. Some are apt to speed, drive while intoxicated, play loud music, have friends fooling around in the car, use cell phones and text messaging. These distractions greatly increase the risk of teens crashing.

The other reason applies to even the most conscientious teen. New drivers simply do not have enough experience to quickly recognize and react to potentially dangerous conditions. It’s easy for them to get into serious trouble in any unusual situation. It’s no surprise that teens are often involved in single-vehicle crashes that entail driver error.

States are increasingly responding to the unique needs of teen drivers by instituting what is known as graduated driver licensing, which slowly phases in full privileges. Rates of crashes have decreased in states that have instituted such measures. California has some of the toughest restrictions, with limits for teens under 18 regarding nighttime driving and carrying teen passengers.

Parents can also take action to keep their teens as safe as possible. Discuss with them common contributors to crashes:

Night driving. Death rates rise after 10 p.m. New drivers simply don’t yet have the experience to deal with reduced visibility on top of all the new skills required for driving. Don’t let your teen drive at night until he has had plenty of daytime experience.

Falling asleep. Teens are often short on sleep, getting up early for school or work and staying up late to socialize. Make your teen aware of the signs of becoming dangerously tired, such as yawning frequently, or finding it hard to concentrate or keeping one’s eyes open. Share the actions they can take to increase alertness, such as opening the window wide and turning the radio on. Reduce speed and pull off at the next possible chance to get out and walk around and buy a snack with some coffee or a caffienated soda. On a long trip, park in a safe spot and take a nap.

New drivers simply don’t yet have the experience to deal with reduced visibility on top of all the new skills required for driving.

Friends in the car. The more passengers in a car with a teen driver, the greater the risk of a collision that will kill the driver. This is true for both girls and boys, nighttime and daytime driving, and regardless if passengers are in their teens or slightly older. Statistics show that a 16- or 17-year-old who is carrying three or more passengers has a death rate three times higher than a teen who is alone.

Make sure your teen can take control of boisterous behavior in the car. Tell her it is her responsibility to make sure everyone has on a seat belt and does not act in a distracting way. Teens may need to practice to be firm and authoritative. Role-play a variety of situations, such as friends encouraging speeding, playing the radio loudly, or rough-housing in the back seat. Remind her that pulling over and stopping is usually effective. 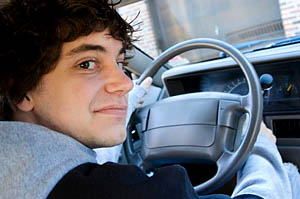 Consider developing a driving contract that spells out family rules of driving, including prohibiting driving after drinking and calling home to ask for a ride if there’s any question of safety. There are samples on the Internet that you can alter to fit your needs.

Probably the most important thing you can do for your teen is to give the gift of experience. Once that learner’s permit is in hand, drive with your teen as much as possible. Provide experience with all kinds of driving conditions as confidence grows, including heavy traffic, night driving, big city, freeway and winter conditions. Schedule a long road trip. Look at this as one of your last great opportunities to have a family vacation before those teens go off on their own.