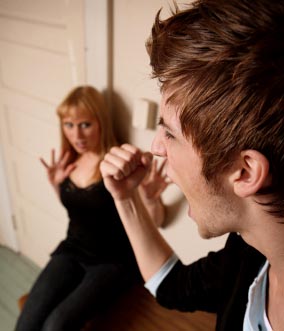 The study is the first quantitative examination of the relationship between intimate partner violence, reproductive coercion and unintended pregnancy.

Young women and teenage girls often face efforts by male partners to sabotage birth control or coerce pregnancy — including damaging condoms and destroying contraceptives — and these efforts, defined as “reproductive coercion,” frequently are associated with physical or sexual violence, a study by a team of researchers led by UC Davis has found.

Published online in the January issue of the journal Contraception, the study, “Pregnancy Coercion, Intimate Partner Violence and Unintended Pregnancy,” also found that among women who experienced both reproductive coercion and partner violence, the risk of unintended pregnancy doubled. The study is the first quantitative examination of the relationship between intimate partner violence, reproductive coercion and unintended pregnancy, the authors say.

“This study highlights an under-recognized phenomenon where male partners actively attempt to promote pregnancy against the will of their female partners,” said lead study author Elizabeth Miller, an assistant professor of pediatrics in the UC Davis School of Medicine and a practitioner at UC Davis Children’s Hospital. “Not only is reproductive coercion associated with violence from male partners, but when women report experiencing both reproductive coercion and partner violence, the risk for unintended pregnancy increases significantly.”

Conducted between August 2008 and March 2009 at five reproductive health clinics in Northern California, the study involved approximately 1,300 English- and Spanish-speaking 16- to 29-year-old women who agreed to respond to a computerized survey about their experiences with relationships and pregnancy.

“We have known about the association between partner violence and unintended pregnancy for many years,” said Jay Silverman, the study’s senior author and an associate professor of society, human development and health in the Harvard School of Public Health. “What this study shows is that reproductive coercion likely explains why unintended pregnancies are far more common among abused women and teens.”

The study authors said the research underscores the importance of educating women seeking care about reproductive coercion, and ensuring that women who are seeking reproductive health services are offered counseling on ways to prevent pregnancy that are less vulnerable to partner interference, as well as connected to domestic violence-related services. The study also highlights the importance of working with young men to prevent both violence against female partners and coercion around pregnancy.

UC Davis Children’s Hospital is a world-class pediatric hospital devoted to the health of babies, children and adolescents. With over 120 physicians in 33 pediatric subspecialties, the children’s hospital is the most comprehensive pediatric hospital in the Sacramento region, offering compassionate, family-centered care in a healing environment.

"This study confirms that women experiencing partner violence are more likely to have greater need for sexual and reproductive health services," Miller said. "Thus, clinical settings that offer reproductive health services likely offer the greatest opportunity to identify women experiencing partner violence and to ensure that women receive the counseling and support they may need."

Comprehensive assessment in clinical settings for pregnancy coercion, birth control sabotage and intimate partner violence should be considered a priority in the context of family planning services. Moreover, public health efforts to reduce unintended pregnancy should ensure that discussions of reproductive coercion are included in pregnancy prevention programs, she said.

Other study authors include Michele Decker and Heather McCauley of the Harvard School of Public Health, Daniel Tancredi of UC Davis, Rebecca Levenson of the Family Violence Prevention Fund of San Francisco, and Jeffrey Waldman and Phyllis Schoenwald of the Planned Parenthood Shasta Diablo Affiliate.

The study was funded by the National Institute of Child Health and Human Development as well as by a UC Davis Health System Research Award and a Building Interdisciplinary Research Careers in Women’s Health (BIRCWH) Award to Miller.