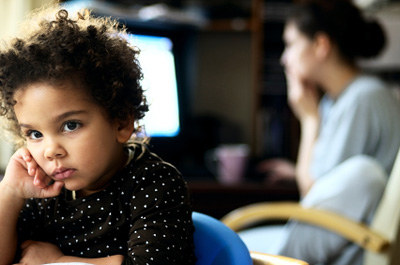 Fear of being accidental victims of gun violence leads many to stay indoors.  Professor Garen Wintemute's latest study is the first to identify those who are most at risk of mortality and injury from stray bullets.

In the first nationwide study of stray-bullet shootings, Garen Wintemute, professor of emergency medicine and director of the Violence Prevention Research Program at UC Davis School of Medicine and Medical Center, quantifies mortality and injury among victims of these unexpected events. His research is published as a letter in the Aug. 3 issue of the Journal of the American Medical Association.

“Stray-bullet shootings create fear and insecurity in many communities,” said Wintemute. “People stay indoors, don't let their children play outside and alter the patterns of their daily lives to avoid being struck by a bullet meant for someone else. Yet no research has been conducted at the national level to explore the epidemiology of these shootings. Such information is often important to identifying preventive measures.”

For the study, Wintemute used Google and Yahoo news alerting services and the news archives of GunPolicy.org to track news stories published between March 2008 and Feb. 2009 that contained the phrase "stray bullet." He defined stray-bullet shootings as situations where a bullet escaped an intended sociogeographic space and resulted in the injury of at least one person, either from the gunshot itself or a secondary mechanism, such as an injury from glass sent flying by a stray bullet. Typical scenarios included violence, shooting sports, celebratory gunfire and related activities. Cases also included shootings of bystanders who had no active role in a violent incident, and unintentional gunfire when the shooter and the person shot were not the same person.

"Unless we intend to bulletproof entire communities and their residents, we will only be able to prevent these shootings to the extent that we are able to prevent firearm violence."
— Garen Wintemute

Using these criteria, Wintemute and his colleagues identified 284 stray-bullet shooting events, in which 317 people were killed or injured. Most were incidental to violence. Unlike the risk pattern for violence, which most frequently affects young men, most persons struck by stray bullets were outside the 15 to 34 age range, and more than 40 percent were females.

In addition, most of the persons shot (81 percent) were unaware of the events leading to the gunfire that caused their injuries. Many (40.7 percent) were at home, and of these most (68.2 percent) were indoors. Of the 65 people who died, most died on the day they were shot, and many died at the shooting scene.

The Violence Prevention Research Program is an organized research program of the University of California, Davis. Our work addresses the causes, nature, and prevention of violence. Our current major areas of emphasis are the prediction of criminal behavior, the effectiveness of waiting period/background check programs for prospective purchasers of firearms, and the determinants of firearm violence. Our mission is to conduct research that will further America's efforts to understand and prevent violence.

Learn more about the program.

“Stray-bullet shootings are largely a byproduct of intentional violence, what we euphemistically call ‘collateral damage,’” Wintemute said. "Those who are shot have little or no warning; opportunities to take preventive measures once the shooting starts are limited. Unless we intend to bulletproof entire communities and their residents, we will only be able to prevent these shootings to the extent that we are able to prevent firearm violence."

One limitation of the current study is the reliance on media reports to quantify stray-bullet shootings, which may have resulted in an underestimation of their frequency. Some shootings may not have been reported in the media, and only partial information was available for others.

Funding for this study was in received in part from the California Wellness Foundation, the Joyce Foundation and the Eli and Edythe L. Broad Foundation.