Fragile X is a common cause of autism and intellectual disability 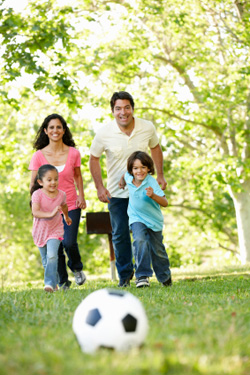 Even the vast majority of individuals who have fragile X syndrome have not been diagnosed, and family members who carry the trait are completely unaware that their unborn children could also be at risk.

Dr. Hagerman is a leading authority on fragile X syndrome. She is the medical director of the UC Davis Medical Investigation of Neurodevelopmental Disorders (MIND) Institute in Sacramento.

Females are protected from fragile X syndrome to a degree because they have two X chromosomes. Because one of their X chromosomes is most likely to be normal, the effect of the abnormal one is less pronounced, and they usually have milder problems than males, with only 30 percent having intellectual disability and the rest having emotional or learning problems.

A variety of problems

The genetic defect has widespread consequences in the body, and people with even the trait or carrier status may have a variety of physical, emotional, intellectual and behavioral problems or they may be normal. Early menopause is a common problem for women who are carriers. Also, older carriers can develop tremor and balance problems as they age. All of these problems can vary widely in severity among individuals.

Although many children with fragile X syndrome clearly desire socialization, they are often overwhelmed by stimuli, leading to behaviors typical of autism.

Typical physical characteristics of those with fragile X syndrome include a narrow face, a prominent chin and jaw, and ears that stick out. Boys usually have enlarged testicles during and after puberty. Children may be larger than their peers in childhood, but because they usually have only a small growth spurt during puberty, adult height is often short although some may be tall. Unusually flexible joints are also characteristic and can cause orthopedic problems.

Health problems, related to the variety of underlying physical abnormalities, include frequent sinus and ear infections, a “lazy” eye, dental problems, and heart murmurs indicative of a floppy heart valve. Seizures are common, but are often outgrown by adulthood.

Behavior problems can be severe. Although many children with fragile X syndrome clearly desire socialization, they are often overwhelmed by stimuli, leading to behaviors typical of autism. Like classically autistic children, they may avoid eye contact, flap their hands, and have late speech development with unusual patterns, such as mumbling or very rapid speech that is difficult to understand. Many children are impulsive and hyperactive, and some are aggressive.

Although there is no cure at this point, new targeted treatments are being studied in clinical trials at the MIND Institute that have the potential to reverse aspects of fragile X syndrome, including the behavioral and cognitive deficits.

What can be done for individuals with fragile X syndrome? Although there is no cure at this point, new targeted treatments are being studied in clinical trials at the MIND Institute that have the potential to reverse aspects of fragile X syndrome, including the behavioral and cognitive deficits.

In addition a variety of medications can help control hyperactivity and aggression, as well as moderate anxiety and mood instability. Special education, as well as speech therapy and physical therapy if needed should begin at a young age, when progress is typically most rapid.

Understanding the unique pattern of physical and mental problems typical of fragile X syndrome in order to optimally treat the individual is one reason why a proper diagnosis is so important. I urge anyone who has unexplained intellectual deficits or autism to undergo fragile X DNA testing, which can be accomplished with a simple blood sample.

In addition, anyone who has even a distant family member with unexplained intellectual disability or autism should seek genetic counseling to determine their risk of carrying the trait of fragile X syndrome and other genetically inherited problems. Testing for carrier status can also be performed on a blood sample, and prenatal diagnosis is available by amniocentesis or chorionic villus sampling as early as 10 weeks.

The National Fragile X Foundation has much more information on this important syndrome. They can be reached at 800-688-8765 or http://www.fragilex.org/.