Offering flu vaccines at elementary schools could expand vaccination rates and reduce costs, according to a new study 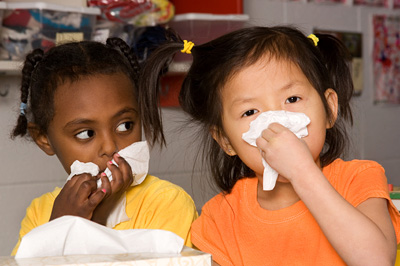 The vaccine can be lifesaving, especially for children, who are among those most at risk for the flu and its complications.

Offering flu vaccines at elementary schools could expand vaccination rates and reduce costs, according to a new study reported in the scientific journal Vaccine by researchers from UC Davis Health System; the Monroe County, N.Y., Department of Public Health; University of Rochester Medical Center; and U.S. Centers for Disease Control and Prevention (CDC).

The best protection against flu for children at least 6 months of age is the seasonal vaccine, yet vaccination rates among children are low, according to the CDC. Only about 40 percent of children received a 2012-2013 flu vaccine, which is typically provided in a primary-care setting.

“Primary-care practices may not have the capacity to vaccinate all U.S. children against seasonal influenza,” said Byung-Kwang Yoo, an associate professor of public health sciences at UC Davis and lead author of the study. “If the CDC’s recommendations were followed, primary-care offices would have to accommodate 42 million additional patient visits during the five-month window for each flu season.”

The vaccine can be lifesaving

The vaccine can be lifesaving, especially for children, who are among those most at risk for the flu and its complications. The CDC reports that 90 percent of children who died from flu during 2012-2013 were not vaccinated. This is why public health experts have made it a priority to identify cost-effective ways to broaden access to flu vaccines for children.

“Our goal is to find ways to ensure that the best prevention is as accessible as possible.”
— Byung-Kwang Yoo

“The flu is a disease with high probability of reaching epidemic levels even though we have an effective vaccine,” said Yoo, who was with the University of Rochester when the study was conducted. “Our goal is to find ways to ensure that the best prevention is as accessible as possible.”

The Monroe County study team conducted a prospective, randomized trial during late 2009 that involved 18 urban and 14 suburban elementary schools with more than 13,000 students in the Rochester, N.Y., area. Two onsite flu vaccination clinics were held four weeks apart at 21 of these schools, with a total student population of 9,027. The remaining 11 schools, with a total of 4,534 students, served as the control-group site where vaccination clinics were not held.

For more information about the flu

Because the health department–academic center collaborators had hypothesized that direct-vaccination costs would be lower in onsite school clinics than in traditional pediatric practices, they were at first surprised when their cost analysis revealed the opposite. The per-dose direct cost, $54.26, of onsite school vaccination clinics was — in the first year of the program — higher than the mean, $38.23, or median, $21.44, of the direct cost of flu vaccinations in pediatricians’ offices.

“This is likely because the start-up onsite program required substantial administration time and costs related to obtaining informed consent from parents,” said Yoo.

However, when the analysis considered costs related to taking children to pediatricians’ offices for flu vaccines, the per-dose cost decreased to $19.26, falling below both the mean and median costs of obtaining flu vaccinations in medical practices.

The figure dropped even more substantially — to just $3.90 per dose — when data from the second day of the school-located clinics was excluded from the analysis.

“Participation in the second clinics was much lower, while administration costs remained the same,” said Yoo. “But some children were still vaccinated on the second day, so the team’s next goal is to refine operations.”

The Monroe County team is currently evaluating data from the subsequent 2010-2011 flu season. During that year, vaccination clinics were held only once per school, which may reduce project costs. Currently led by Peter Szilagyi of the University of Rochester, the team is also developing an online consent process to further improve efficiency. If those efforts show savings over traditional flu-vaccine delivery sites, the researchers will propose the school-located vaccination program as a national model for broadening flu prevention.

The paper, titled “Cost effectiveness analysis of elementary school-located vaccination against influenza — Results from a randomized controlled trial,” is published in the April 17 issue of Vaccine. Copies of the study are available to credentialed journalists by contacting Elsevier’s newsroom at newsroom@elsevier.com or +31 20 4853564.

The research was supported by the CDC (grant U01IP000195) and National Institute of Allergy and Infectious Disease (grant 1K25AI073915).

Vaccine is the pre-eminent journal for those interested in vaccines and vaccination. It is the official journal of The Edward Jenner Society, The International Society for Vaccines and The Japanese Society for Vaccinology. For information, visit www.elsevier.com/locate/vaccine