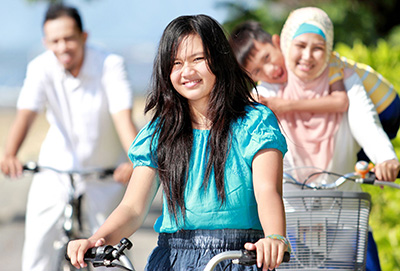 Medi-Cal health plans encourage members to exercise and engage in other healthful activities. But which outreach efforts are best?

That’s one of the key questions that could lead to a more effective health-care system and better health for many low-income Californians and Medicaid members nationwide. It’s also a question at the heart of a recent study by researchers from the California Department of Health Care Services (DHCS) and the UC Davis Institute for Population Health Improvement (IPHI).

“Our survey and analysis found that a wide range of tools are used to try to prevent disease and promote health among Medi-Cal members, the state's Medicaid program, and health plans are eager for more information on which ones are most effective,” said Desiree Backman, chief prevention officer at DHCS, program director at IPHI and lead author of the study.

“Establishing measurable, evidence-based standards for such efforts could drive better health, improved quality of care at lower costs, not only in California but in other Medicaid programs as well,” she said.

The Health Promotion Interventions for Low-Income Californians through Medi-Cal Managed Care Plans, 2012 study is believed to be the first of its kind to evaluate the education and other health-promotion interventions provided by Medicaid managed care plans.

These interventions are required by California's contracts with managed care plans that treat members of Medi-Cal, the state's $95 billion per year Medicaid program. Some 12.7 million Californians are covered by Medi-Cal, with more than 9.8 million of them enrolled in managed care plans. Medi-Cal is now the largest health insurer in California.

The study was published in the November issue of the U.S. Centers for Disease Control and Prevention's journal Preventing Chronic Disease: Public Health Research, Practice and Policy.

Researchers surveyed the lead health educators at California’s Medi-Cal managed care plans about how they offered disease prevention education, which health promotion approaches they thought were most effective, and how they determined whether the efforts were successful.

Plans were asked about interventions that were intended to address behaviors that influence health, such as exercise, healthful eating, drug and alcohol abuse or misuse, breastfeeding, asthma management, and prevention or management of Type 2 diabetes, heart disease and overweight or obesity. (Tobacco smoking was not covered in this study because it had been addressed in a separate study.)

The survey also explored how many plans referred members to community programs such as food stamps, job training or housing assistance; and whether they sponsored community activities that promote health, such as physical activity programs, food pantries or farmers’ markets.

Analysis showed a wide range of approaches to education, with all the health plans offering interventions on healthful eating and physical activity but only half offering programs on management of cardiovascular disease or preventing alcohol abuse. They also varied in how they measured which approaches were most effective, from improving a patient’s general knowledge about a topic to understanding their changing blood pressure or lab test results.

More than half the plans (11 of 20) said DHCS could improve health-promotion efforts by providing best-practice guidelines, sharing information on the most effective approaches and specifying the level of interventions needed to meet the terms of their contracts. Twenty-five percent suggested that DHCS could help by providing materials that were appropriate to the culture, language and education level of the Medi-Cal population.

Kenneth W. Kizer, a co-author of the study and IPHI’s director, noted that, “Medi-Cal managed care plans have great potential to improve their member’s health, but this study makes clear that the plans need clear direction and standards for health promotion interventions.” Kizer pioneered Medi-Cal managed care in the 1980s when he served as California’s health director.