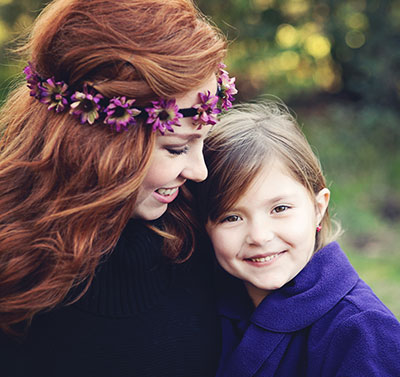 Abbey, who has hypoplastic left heart syndrome, a form of congenital heart disease, poses with her mom, Katie.

Abbey is a 7-year-old Sacramento resident who is described as an “old soul” by her mom, Katie. She’s interested in theater, excels in school and went snowboarding for the first time this winter.

While that sounds like a typical little girl, Abbey is anything but typical. She was born with a type of congenital heart disease that is fatal without treatment. The diagnosis turned her family’s life upside down and led to Abbey’s multiple open-heart surgeries. While Abbey was on oxygen and hospitalized, her parents didn’t know how she would feel in a week or a month, let alone years later. In her 7 years, Abbey has exceeded her parents’ hopes and expectations.

Abbey was born in 2008. Her mother, Katie, a Sacramento area morning show host, had a normal pregnancy and delivery. But as Katie and her husband, Mike, were preparing to take Abbey home, medical personnel detected a heart murmur.

Physicians ordered an echocardiogram, which revealed she had a form of congenital heart disease called hypoplastic left heart syndrome (HLHS). Children with HLHS are born with an underdeveloped left side of the heart, which does not pump oxygen-rich blood throughout the body properly. Without surgery, HLHS is fatal, usually within a few days.

One of the things that Katie especially appreciated during her time at UC Davis Children’s Hospital had nothing to do with Abbey’s medical care. The Child Life & Creative Arts Therapy department made sure to include Abbey’s older sister, Emma, in different crafts and activities. Emma had just started kindergarten and was a new big sister when everything in her world changed.

“At a time when everybody was focusing their attention on Abbey, it was important that they gave Emma attention, too,” Katie said. “I’ll never forget that.”

Abbey’s defect required a highly-specialized three-step surgical process, starting with the Norwood procedure. The operation fixes a defect in the left side of the heart that prevents it from doing what it is supposed to do – sending oxygen-rich blood from the lungs to the rest of the body. HLHS accounts for less than 10 percent of all congenital heart defects.

Abbey underwent her first surgery when she was just one week old. Gary Raff, a professor of surgery and chief of pediatric cardiothoracic surgery at UC Davis Children’s Hospital, performed all three of her surgeries.

In the first surgery, Raff reconfigured Abbey’s heart so that the right side could do all of the work. In the second, when she was five months old, Raff eased the workload on the right side of her heart by redirecting blood flow directly to the lungs.

Abbey had her third surgery when she was 2 ½ years old. This final surgery created a path for all of the oxygen-poor blood to flow to the lungs, instead of mixing oxygen-rich and oxygen-poor blood.

“In a way, the third surgery was hardest on us,” Katie said. “By then we knew Abbey’s little personality and had had so much time with her, it made it more difficult. But she just sailed through it!”

Abbey is now 7 years old and thriving. While she takes three daily medications to help regulate heart function, she’s gone from visiting her pediatric cardiologist twice a month to just once a year for an annual echocardiogram. 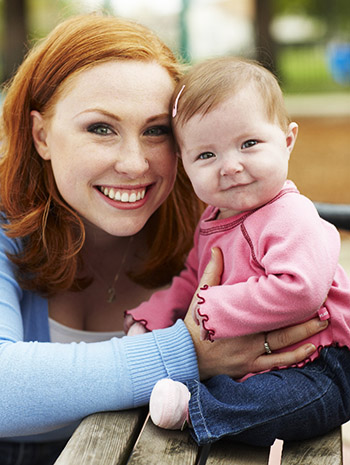 “She’s absolutely incredible,” Katie said. “Unless people see her scar, they have no idea that there’s anything wrong with her or that she has such a serious condition.”

According to Raff, that’s the goal.

“We want our patients to essentially be like any kid who hasn’t had heart surgery,” Raff said. “That’s what we strive for.”

Abbey enjoys school, started playing T-ball last year and wants to visit New York City to see a Broadway play. She loves to play with her two sisters and runs alongside her classmates during recess and physical education.

“If someone would’ve told us, looking at our newborn baby with stitches in her chest, that seven years later she would be running around with all of her friends, I don’t think I would have believed it,” Katie said.

The UC Davis Children’s Hospital Pediatric Heart Center offers an integrated team of specialists, including doctors, nurses and other health care professionals, available to provide a comprehensive range of diagnostic, therapeutic and surgical procedures for infants, children and adolescents with congenital as well as acquired heart defects.

“We provide a continuum of care, from fetus to adulthood,” Raff said. “It’s a unique resource for the community that allows families to stay in town with a sick family member rather than traveling to the Bay Area for treatment and recovery.”

“We are so fortunate to live in an area that has a hospital and staff like UC Davis,” said Katie. “I can’t imagine how we could have gone through this without their support.”