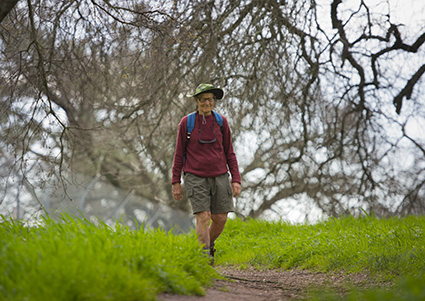 In 2000, Ernest E. Tschannen, noticed his eyesight was failing. As someone who walks six miles every day and cherishes his time outdoors, losing his sight to glaucoma was a frightening prospect.

Referred by a local optometrist to the ophthalmologists at UC Davis Eye Center, Tschannen underwent eye surgery by Michele Lim to improve his vision and manage his glaucoma, a disease often caused by abnormally high pressure in the eye that damages the eye's optic nerve.

Considered a silent disease, glaucoma's effects can be so gradual that a patient may not notice a change in vision until the condition is at an advanced stage. When untreated, the disorder can result in vision loss and blindness.

Because of his experience at UC Davis, Tschannen began donating to the UC Davis Eye Center, supporting its mission to preserve and restore sight for thousands of people in the Sacramento region and beyond. Tschannen's first donation was for $25.00.

Today, Tschannen, 91, has donated at total of $38.5 million in gifts and pledges to the UC Davis Eye Center and its Center for Vision Science. His contributions make Tschannen the largest individual donor to UC Davis in the entire university’s 108-year history. 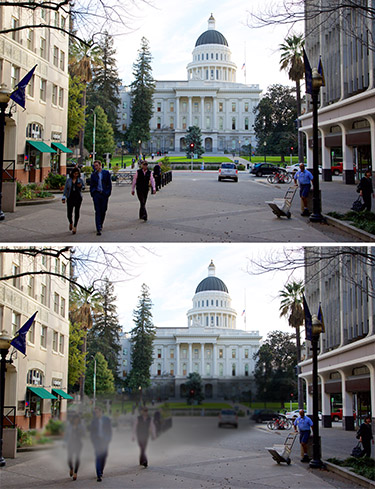 "These gifts position UC Davis to take on some of the greatest challenges in vision science, such as finding a cure for glaucoma, a leading cause of blindness,” Chancellor Linda P.B. Katehi said.

Tschannen’s gift supports the UC Davis Eye Center’s vision to be a national leader in the development of cures for blinding eye diseases. It will be used to expand research, teaching and patient-care services at the UC Davis Eye Center and, once approved by the University of California Regents, to build a new and larger eye center on the UC Davis Health System campus in Sacramento. The new facility will be named the Ernest E. Tschannen Eye Center.

Other funds from Tschannen expand basic research to complement the eye center’s renowned patient care programs. Research will focus on the optic nerve, the bundle of 1 million nerve fibers that transmit visual signals to the brain, and glaucoma, a leading cause of blindness caused by damage to the optic nerve that affects three million Americans. The eye center has recruited a national leader who is investigating the processes underlying regeneration of the optic nerve in frogs, the only species that can repair optic nerve fibers.

“A healthy optic nerve is essential to good vision, yet once damage occurs, it cannot be restored,” said Lim, who is professor of ophthalmology and a glaucoma specialist at UC Davis. "As a result, vision loss due to glaucoma can't be recovered. That's why it's important to have regular eye exams that include measurements of eye pressure and assessment of the optic nerve. If glaucoma is recognized early, vision loss can be slowed or prevented."

Desire to "give back" to community, United States 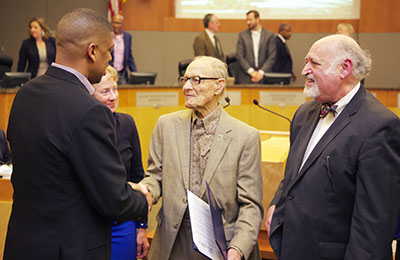 For his generosity to UC Davis Eye Center and other important causes in the region, Mayor Kevin Johnson and the Sacramento City Council declared Feb. 16 Ernest E. Tschannen Day in Sacramento.

“I have realized great success in the United States, and so my primary goal in life now is to give back to the country that gave me so much,” said Tschannen, who is fluent in French, German and English. “I like to help whenever I can. I’m so glad I am able to do it.”

Tschannen was born in 1925 and grew up in the small town of Aarwangen, Switzerland, where some of his earliest jobs included delivering bread after high school and guarding the Swiss border during World War II. But he always wanted to live in the United States.

"I went to Canada first because I could not get a sponsor for a visa in the U.S.," Tschannen recalled. "I lived in Toronto for three years before moving to Detroit and later Minneapolis, where I worked as a mechanical engineer for about 10 years."

Tschannen said that he didn't really like engineering and started buying investment properties as a hobby. Eventually he was able to quit his job to manage his properties full time. Now a real estate investor, he owns 28 apartment complexes throughout the United States. He said that he considers the Ernest E. Tschannen Eye Center a unique part of his investment portfolio.

About the UC Davis Eye Center

The UC Davis Eye Center is striving to become one of the world's leading vision research centers to preserve and restore sight. Click here to learn more about our research and services.

“Even though I don’t own the building, this has become a top priority in my portfolio,” Tschannen said. “And this investment is just as important to me as my other real estate ventures because it will help advance glaucoma research, a disease that has afflicted me personally, and support two communities — UC Davis and Sacramento — which have contributed so much to my health and happiness.”

UC Davis Eye Center is one of the region’s most sought-after eye clinics, with more than 55,000 patient visits each year for those needing advanced specialty care.