Quenching the fire of heartburn

Chronic acid reflux can be dangerous if left untreated 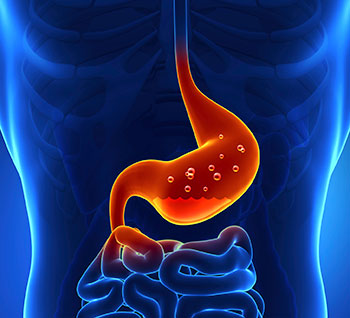 About 10 percent of the adult population develops daily symptoms of heartburn.

Millions of Americans experience heartburn, or acid reflux, at least once a month. According to Sanyukta Sanjay Pawar, a UC Davis Medical Group internal medicine physician at Rocklin's Placer Center for Health, the term “heartburn” was coined to describe the sensation of acid burning the esophagus, which lies just behind the heart.

“The esophagus, or food pipe, is the tube stretching from your throat to your stomach,” Pawar says. “Food you swallow travels down the esophagus into the stomach, which produces hydrochloric acid to aid in the digestion of food. The inner lining of the stomach resists corrosion by this acid because cells that line the stomach secrete a protective mucus. The lining of your esophagus does not share these resistant features, leaving it vulnerable to stomach-acid damage.”

Cause of acid reflux disease

Normally, a muscle at the bottom of your esophagus, called the lower esophageal sphincter, prevents reflux (or backing up) of acid, the UC Davis primary care physician explains. This sphincter relaxes during swallowing to allow food to pass; it then tightens to prevent flow in the opposite direction.

"If you have heartburn frequently, the most important action you can take is to alter your diet, lose some weight and discuss the problem with your physician."
— Dr. Sanyukta Sanjay Pawar

With GERD, however, the sphincter relaxes between swallows, allowing stomach contents and corrosive acid to well up and damage the lining of the esophagus. It occurs to some degree in all healthy persons without causing significant esophageal damage. About 10 percent of the adult population develops daily symptoms of heartburn and nearly half go on to develop tissue injury, which causes painful swallowing and bleeding, Pawar says.

Symptoms of heartburn and when to see a doctor

“If you are taking antacids more than four times a week to control symptoms, it's time to see a physician,” Pawar recommends. “While antacids partly alleviate symptoms, they may also mask more serious problems.”

Some people have pain from the esophagus that mirrors chest pain and looks to the entire world like heart trouble. Other people may have stomach acid that spills over and causes inflammation of the vocal cords, leading to chronic cough, changes in voice, esophageal spasm or asthma.

If you have any of the following symptoms, she says, you should share it with your doctor immediately:

“Early treatment of GERD not only improves symptoms like heartburn but also may prevent serious complications.” Pawar says. Your primary care physician will first look for indications of a serious infection, such as blood in the stool or weight loss.

Factors that contribute to heartburn

No one knows the exact cause of gastroesophageal reflux disease. Several contributing factors weaken or relax the lower esophageal sphincter, causing reflux, including:

Dr. Sanyukta Sanjay Pawar is an internal medicine physician at the UC Davis Medical Group in Rocklin. To schedule an appointment with Dr. Pawar, call (916) 295-5700.

Pharmacological treatment involves the use of H2 antagonists, such as Tagamet, Zantac, Pepcid or Axid, which suppress acid secretion, and some familiar brand-name antacids, such as Gaviscon, Maalox, Mylanta, Tums or Propulsid, which promote stomach emptying, acid clearing in the esophagus and muscle tightening. In stubborn cases, physicians may prescribe stronger acting proton-pump inhibitors like Prilosec or Prevacid, which virtually shut off acid, or medications like Sucralfate (Carafate), which coats mucous membranes and sores to provide an additional protective barrier against stomach acid.

Seeing a specialist for heartburn

“If I suspect a more serious problem, I refer my patient to a gastroenterologist,” she says. The specialist might perform a barium swallow test to detect a stricture in the esophagus or an endoscopy to detect signs of inflammation or Barrett's esophagus, which is a predisposing condition of cancer of the esophagus. Another diagnostic tool, a probe, may be used to test of the stomach's acid pH.

Only in rare cases is surgery necessary. Today, gastroesophageal surgeons are able to perform a fundoplication laparoscopically. During the operation, surgeons wrap part of the stomach around the esophagus, re-establishing a muscular barrier to prevent reflux. The entire operation is performed through tiny incisions made in the abdominal wall.